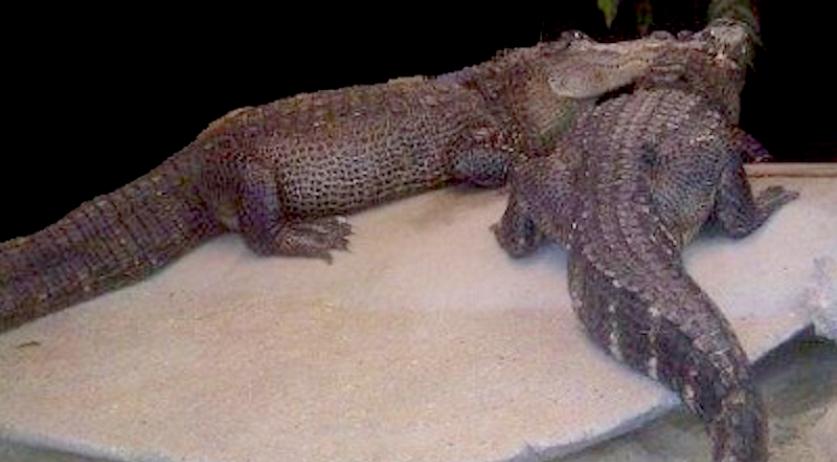 Police officers in Amsterdam Oost discovered two giant crocodiles protecting drug money while arresting 11 people on suspicion of drug trafficking on Tuesday. According to the police, the crocodiles were in the same area as the drug money, and in such a position that you had to pass the animals to get to the money. The arrests were made as part of a long ongoing investigation into the trafficking of synthetic drugs, including Crystal Meth. Nine men and two women between the ages of 25 and 55 years were arrested. Officers raided seven houses, six in Amsterdam and one in Almere. Several kilograms of synthetic drugs, 300 thousand euros in cash and a number of firearms were seized. In one house the police found more than 500 thousand euros worth of Crystal Meth. According to the police, this drug gang supplied synthetic drugs to several hundred addresses, including a number in Belgium. The suspects are in custody and will be arraigned on Friday. It is not clear what will happen to the crocodiles.