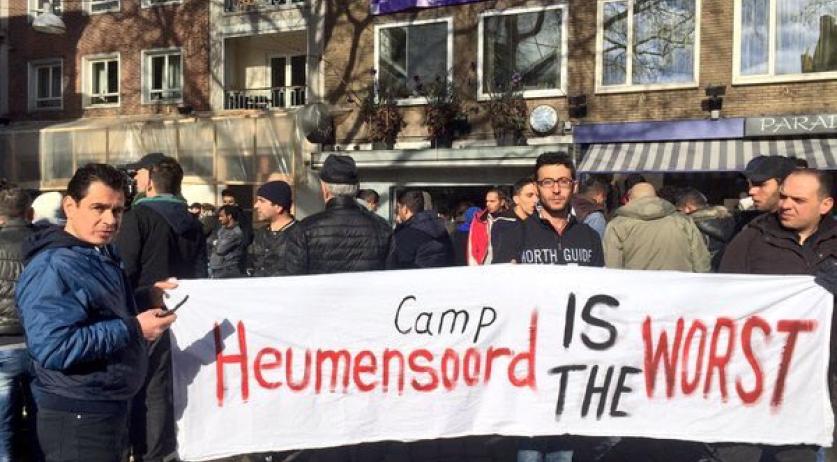 Mayors Hubert Bruls of Nijmegen and Paul Mengde of Heumen sat down with three asylum seekers living in asylum camp Heumensoord for a discussion on the situation in the camp on Monday. The mayors also think that the asylum procedure is taking too long, according to NRC. "The mayors strongly believe that the procedures take too long, because apparently there is not enough capacity at the [immigration service] IND to allow a normal flow through to occur. We will continue to ask the government to change this quickly", according to a statement both municipalities released after the discussion. About 150 asylum seekers marched from the Heumensoord camp to the Nijmegen town hall on Monday, protesting the slow asylum procedures and the conditions they have to live in in the camp. They carried banners reading "Camp Heumensoord is the worst" and "IND where are all your promises".