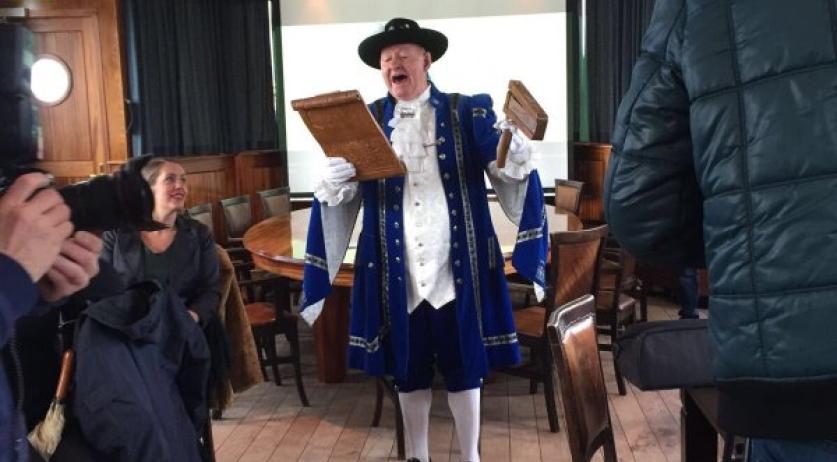 A medieval 20 meter long and 50 ton heavy cargo ship was slowly, but steadily lifted out of the IJssel near Kampen on Wednesday. The ship's emergence from the water was met wit loud applause from about a thousand spectators who came to watch the operation. Thousands more followed the progress via livestream, Dutch newspaper AD reports. The operation to lift the wreck out of the water started around 10:00 a.m. on Wednesday. The ship was lifted in its entirety with a new technique involving hanging it in a basket of bonds and joists, according to the newspaper. Once above the water, the ship - which is still intact for the most part - was placed on a pontoon. A special frame is being built around the ship, after which it will be transported to Lelystad. The shipwreck was discovered in the summer of 2011. It is believed that the ship was sunk deliberately some 600 years ago to increase the water level in an adjacent fairway. A spokesperson for the Rijkswaterstaat called it an historical event. "This is an important moment in maritime history", the spokesperson said to the newspaper. Archaeologists and historians have high expectations on what can be learned from this mostly intact medieval ship.