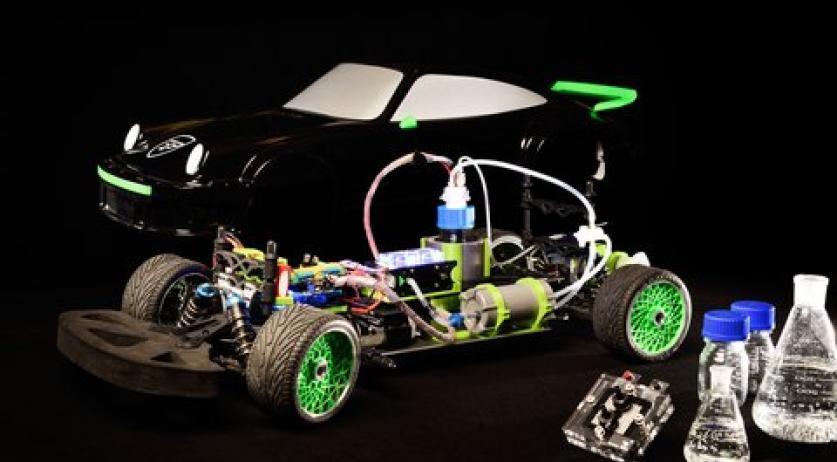 A team of Technical University Eindhoven students presented a scale model car which runs on formic acid on Thursday. The one meter big car drove several rounds on a podium, according to ANP. The team plans to further develop the project and hopes to have a bus running on formic acid on the road by the end of the year. According to Team FAST, formic acid is the solution for clean traveling in the future. TU/e researchers last year discovered a chemical reaction with which hydrogen can be instantaneously be converted into formic acid and vice versa using CO2. And due to the fluid nature of formic acid, hydrogen can be safely and cheaply transported in this form. The students see possibilities in using formic acid as a fuel, using the chemical reaction to turn it into hydrogen in the car. According to the students, for the consumer it will be similar to using a petrol car. And the similarity also means that the use of formic acid can easily be taken over in the existing petrol and diesel infrastructure. Team FAST consists of 22 students from various study departments. Their idea to use formic acid as fuel won them the BRAINS award for sustainability and a 50 thousand euros scholarship from the Technology Foundation STW last year.