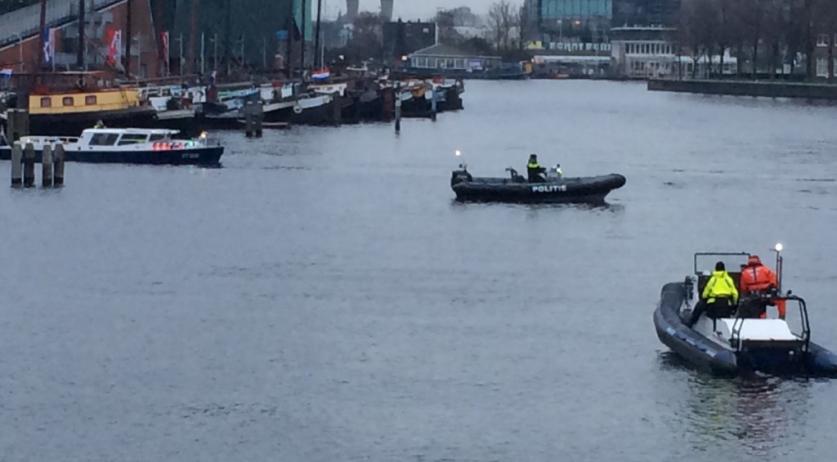 Update 9:53 a.m.: The officials arrived at the Scheepvaartmuseum by boat shortly before 9:15 a.m. The Dutch presidency of the European Union is officially underway. The entire European Commission is meeting with the Dutch cabinet in Amsterdam this morning.  Migration, the fight against terrorism, economic growth and jobs are the main goals of the Netherlands presidency, Dutch Prime Minister Mark Rutte said on Thursday. The visit starts with the Commission greeting the cabinet in the Scheepvaartmuseum in Amsterdam. They will also have a meeting, followed by a press conference and then lunch in the Palace on Dam square. The Commission will then travel to The Hague to meet the Tweede Kamer, lower house of Dutch parliament. Amsterdam beefed up security around the Scheepvaartmuseum for these type of meetings. Police officers can be seen patrolling by boat in the waters around the museum on Thursday. According to political reporter Laurens Boven, these meetings will focus both on making acquaintance with each other and discussing the European Commission's priorities and Brussels' ideas on which role the Netherlands will play as EU president. "Crucial of course are all the crises in Europe. The Netherlands will be closely involved in that", he said to BNR, adding that the Netherlands will primarily ply an important role behind the scenes. "Then, of course, it is primarily about all the crises over asylum seekers, over the Brexit - the British referendum is coming up over the relationship with Russia, Ukraine - we self have a referendum on the association agreement with Ukraine this spring. That will be work for the Dutch cabinet." https://twitter.com/MinPres/status/685035291153960961