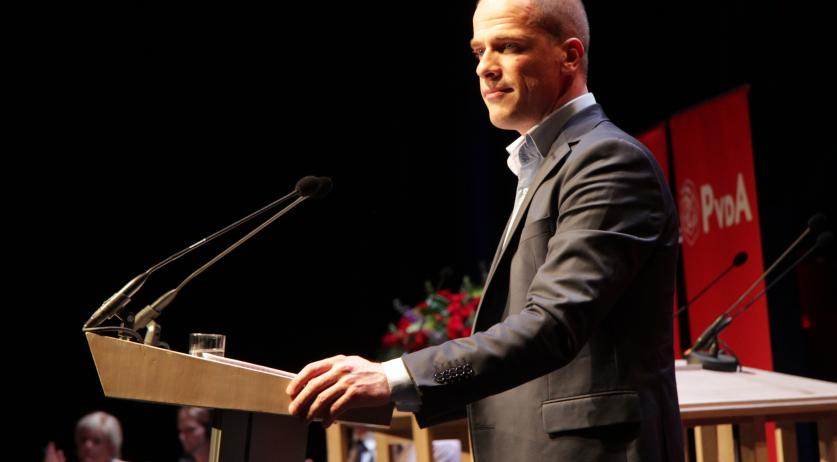 The Netherlands is able to take in 200 thousand refugees, almost four times as many as arrived this year, PvdA leader Diederik Samsom said in an interview with the Nederlands Dagblad on Wednesday. According to the PvdA leader, "on a population of 17 million people" 200 thousand refugees is a "small amount". He added that he is hopeful that the flow of refugees into Europe is under control. "But we do not have everything in hand. There are six million Syrians who no longer live in their own home, but are still in Syria. If they also decide to seek refuge elsewhere, all manageability is gone." Samsom said on the same day that the Social and Cultural Planning Office revealed that the current biggest concern for the Dutch is the number of refugees in the country. Samsom also said that he will leave politics if necessary after the parliamentary elections in 2017, if his party does not recover from its current bad polls. If the voters want you gone, "fine", according to the PvdA leader. "Take a bow, step off the podium, and let someone else do it. The voter is always right. The only victim would be myself, or a few other politicians. If that is the greatest sacrifice that must be made, I will do it."