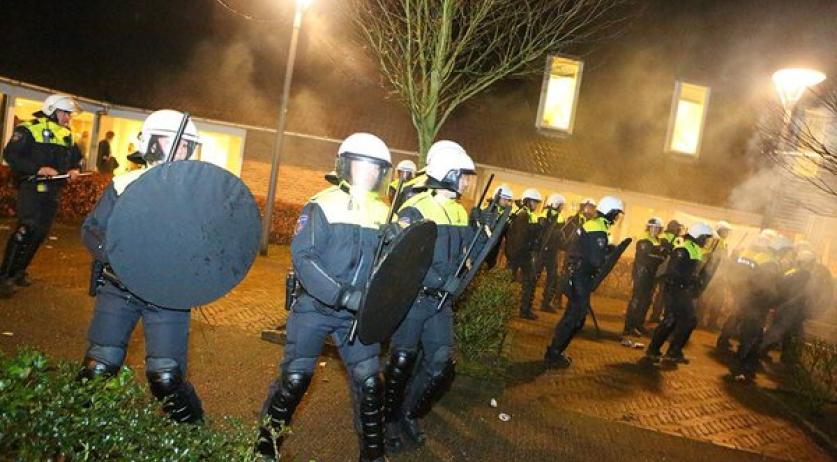 The Public Prosecutor wants to keep six of the 14 people arrested in the anti-asylum center riots in Geldermalsen last week in custody for another two weeks. The six suspects are a 18 year old man from Culemborg, a 25 year old man from Heukelum and three men from Geldermalsen aged 21, 22 and 52 years old. They will be arraigned on Wednesday. At the arraignment the Prosecutor will also ask that another suspect, a 22 year old man from Enspijk, be remanded back into to custody. The magistrate released him and five others on Friday, but due to the seriousness of the offense he is accused of - overt violence and disrupting a council meeting by force or threat of violence - the Prosecutor believes he should be in custody.