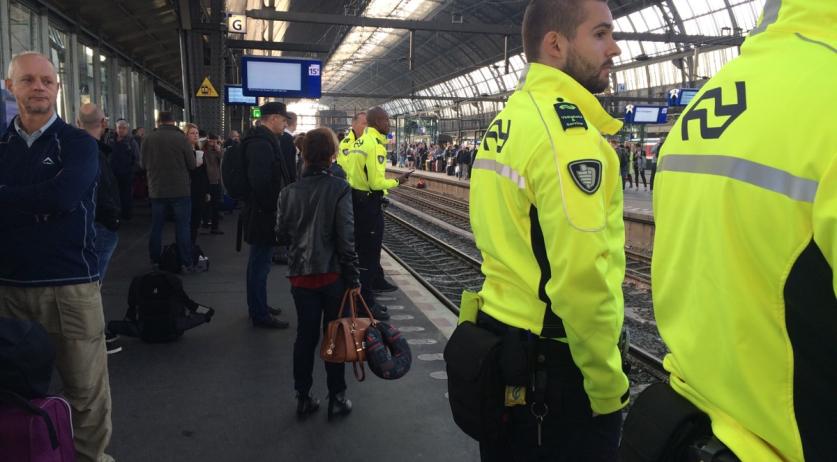 The police's attempt to get a suspicious passenger off the Thalys at the Rotterdam station on Friday morning has disrupted train traffic. Confused passengers on stations all across the country are told to wait for the next train by train personnel, who themselves are waiting for updated information about the incident. On Amsterdam Central Station, affected trains include the Thalys trains, ND Intercity Direct, Belgian trains and the 8:17 a.m train to Paris. There are also no trains between Meppel and Hoogeveen, Rotterdam Central and Hoofddorp/Rotterdam Noord and between Rotterdam Blaak and Schiedam Central. "At the moment it is unclear what is going to happen. The only thing we know is to keep passengers here. But right now, we don't know what is going to happen (about service restarting, ed)" a train security guard said to NL Times on Amsterdam Central Station. "The police must say that it's okay to travel again." According to the guard, there is a delay of at least 60 minutes. Meanwhile on Rotterdam Central Station, the police have not been able to make contact with the suspicious passenger. He jumped onto the Thalys train just before departure and locked himself in the bathroom. The man is not responding to the police's attempts to make contact with him. All the platforms and shops in the station have been evacuated to give the emergency services all the space they need. According to NL Times' Zachary Newmark, who is at Amsterdam Central Station, the spirit is mostly good among the couple of hundred passengers waiting on platform 15 for more information. There is some frustration about mixed signals - Thalys is reporting that everything is under control, but the NS platform crew are not able to confirm this. A few passengers are wondering that if everything is under control, why are the trains not running alternate routes to their destinations. Others are speculating that the suspicious passenger just tried to get a free trip to Paris. "Maybe he just really had to go to the bathroom", one said. The NS platform crew on Amsterdam Central Station are now trying to separate passengers of multiple trains in an effort to get some order.