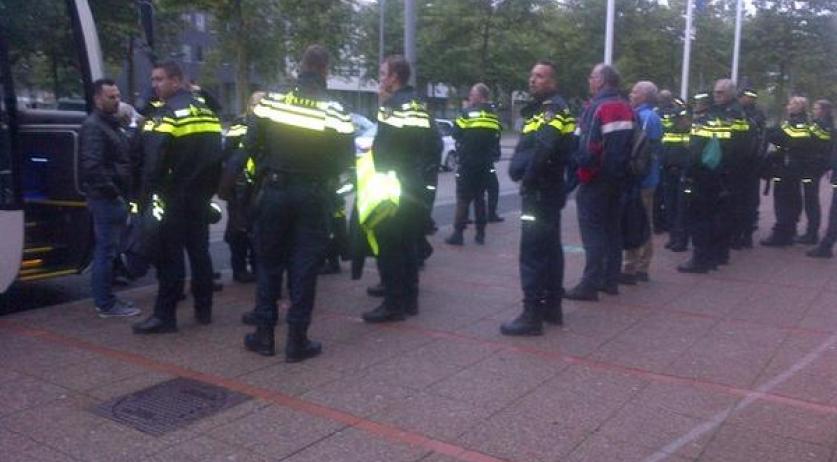 Thousands of police officers will be blocking the entrances of a number of ministries in the Hague on Wednesday in another protest for a better collective bargaining agreement. The affected ministries include General Affairs, Home Affairs and Kingdom Relations, Finance and Security and Justice. The unions expect that about 5 thousand police officers will be participating in this action, according to broadcaster NOS. The police officers will form a human chain around the buildings. They will be blocking the buildings until 1:00 p.m. Afterwards the officers will go to the Malieveld to demonstrate. As so many police officers will be participating in this action, a large number of police stations will be closed between 7:00 a.m. and 5:00 p.m. Police officers will only be responding to emergencies. On Tuesday a number of police stations was also closed for four hours in protest of the lack of a proper collective bargaining agreement. The police unions have been protesting for a better agreement for months. The government has put an offer on the table of a 5 percent wage increase and a once of payment of 500 euros, but according to the unions, this comes at the expense of pensions.