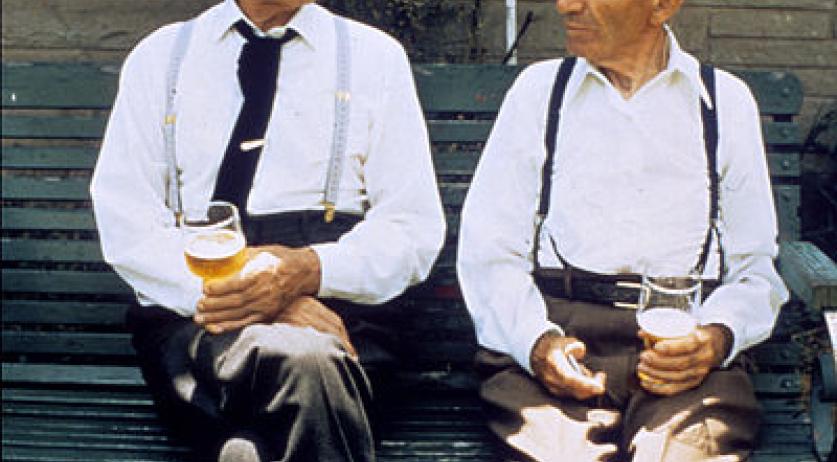 An increasing number of elderly people are struggling with drinking problems. There are currently between 150 thousand and 200 thousand elderly alcoholics in the Netherlands, an increase of about 10 percent compared to last year. Approximately 10 thousand of them sought help. This is according to preliminary figures by the addiction institute Trimbos, AD reports. The final figgures will follow in September. Between 2004 and 2013 the number of elderly people seeking help at Trimbos for alcohol related problems increased by 61 percent. Rob Bovens, lecturer on addiction prevention at the Wndesheim University, attributes the increase to the aging population and the large amount of free time many retirees have. Social activities used to fill free time often go hand in hand with alcohol consumption. As many of the elderly people with alcohol problems no longer work, there is no danger of damage to the business life, but Bovens is worried about increasing healthcare costs. "What you do see is that alcohol is bad for your health. You read: a glass is good for heart and blood vessels. But for many it has a negative effect and also increases the risk of various diseases, such as breast cancer in women", he explained to the AD. "Drinking too much also causes sleep problems and increases the chance of falls in which everything can be broken. In short, the health insurance will rise." The number of people with alcohol problems in the age group 22 to 55 years showed a slight decrease. Bovens thinks that this has to do with people in this age group having less free time. "They need to raise children, want a career, and also participate in sports and have to do with employers and working hours. Then you often make other choices than people who are less bound."