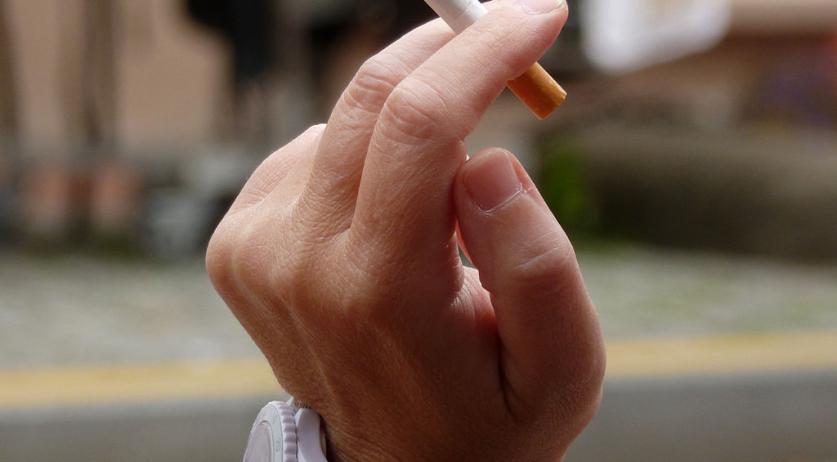 Call to ban smoking in cars with child passengers

Leading pulmonologists and pediatricians are calling for a ban on smoking in cars with children in the back seat. According to them, parents underestimate how very harmful nicotine vapors in a small space can be to children. This is according to Jasper Been, pediatrician at Erasmus MC in Rotterdam, and pulmonologists Pauline Dekker and Wanda de Kanter in an interview with Dutch newspaper AD on Monday. All three doctors find that it is high time that the debate on the extension of the anti-smoking rules is restarted in the Netherlands. According to Been, exposing kids to nicotine vapors in small spaces like cars, can even double the risk of them developing respiratory complaints. "The concentration of smoke is extremely high. They can even get acute asthma attacks", he said to the newspaper. Dekker agrees. "If you put them in a small space with smoking parents, you are neglecting them." she said, adding that we have to protect children. "They are not resilient enough to stand up for themselves." Last week pediatrician Been published results showing that the smoking ban in England prevented almost 1,500 deaths in the first four years after it was implemented. His research team studied more than 10 million patient records over 16 years. After England implemented the smoking ban in public places in 2007, the number of stillbirths dropped by 8 percent, the number of babies that died within one month of being born dropped by 8 percent and 4 percent fewer children were born with a low birth weight. Earlier research by Been also found that the number of children that ended up in hospital with a respiratory infection declined by 3.5 percent in the first years after the introduction of the smoking ban. According to the doctors, the harmful effects of passive smoking to children has been well established. But many Dutch people do not seem to realize this, according to pulmonologist Wanda de Kanter. "We find it patronizing to prohibit smoking in private areas such as cars", she said to the AD. "If a parent slaps a child at home, we do not approve. But if a child walks around with an ear infection caused by a smoking mother of father, that is fine." The majority of the Tweede Kamer, lower house of parliament, thinks that a smoking ban in cars is going too far. According to PvdA parliamentarian Marith Rebel, "we always say what people do behind closed doors is not our business". Parliamentarians also point to the responsibility of parents. "If a parent gives his child fries every day, that is also unhealthy. But we don't prohibit that either.", SP MP Henk van Gerven said.