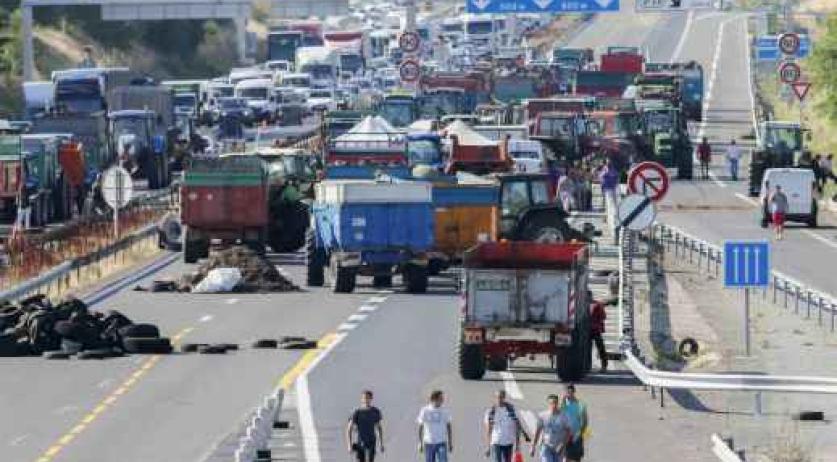 Protesting farmers in France robbed a Nickoot BV. truck transporting meat from Rotterdam, the Telegraaf reports. As the truck driver approached a roadblock on his route towards Villefranche, a number of tractors forced him to pull into a farm near the highway. Once the truck came to a stop, the farmers looted the truck's cargo. "My colleague had nowhere else to go and felt very threatened", owner Henne Koot told the newspaper.