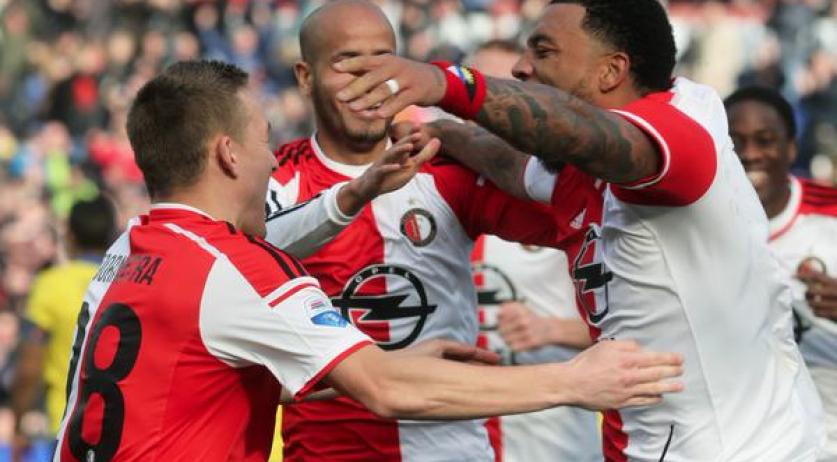 Feyenoord out of Europe football, Go Ahead Eagles relegated

Feyenoord has not made it to the finals for the European ticket. The Rotterdam team's match against the Heerenveen soccer club ended in a 2-2 draw, but due to the team's previous defeat 1-0 defeat in Friesland, Feyenoord will not be progressing. Go Ahead Eagles was relegated from the Premiership after losing 1-0 in the semifinals of the playoffs for promotion or relegation against De Graafschap. According to AD,  Feyenoord coach Giovanni van Bronkhorst misjudged the tactics of SC Heerenveen, expecting a "collapsing" opponent, which he didn't get. After a hesitant opening Feyenoord took the initiative and managed to score 2 goals. But SC Heerenveen also got in two goals and the match ended in a draw. Heerenveen will no be going on to play against Vitesse in the finals for the European ticket. De Graafschap player Vincent Vermeij was the only player to score a goal in the match against Go Ahead Eagles. With this loss, Go Ahead Eagles has been relegated from the Premiership. De Graafschap will be progressing to battle against FC Volendam for a spot in the league.