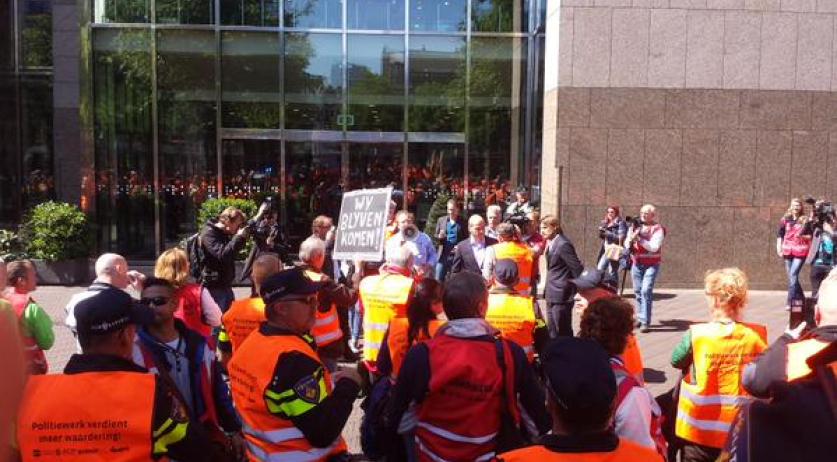 Police to protest late night hours as negotiation drags on

The police unions have threatened to use heavier means of pressure if the Tweede Kamer, lower house of parliament, doesn't make extra money available for better a collective bargaining agreement. According to Gerrit van de Kamp, chairman of the police union ACP, one of those means may have consequences for clubbers. Van de Kamp said this during the police protest on the Binnenhof in The Hague on Thursday, NOS reports. The unions are threatening that the hospitality teams, that maintain public order, will stop working. "We've don it before", the union leader said. "But that was at the beginning of the evening, when it's still pretty quiet. If we do this at the end of the nigh, at one o'clock or three o'clock or five o'clock in the morning, then you have another problem." According to Van de Kamp, this action could have consequences for bars' opening hours and may seriously affect the public. "There is a risk that things can get out of hand at night", he said. "Whether that happens remains to be seen, but it's possible. Mayors will have to do everything that it does not happen." So far the police unions have not used made use of heavy means, according to Van de Kamp. "We would absolutely prefer not to. Police officer are also mostly against it. But if The Hague remains deaf to the unions' wishes, we will have to do something."