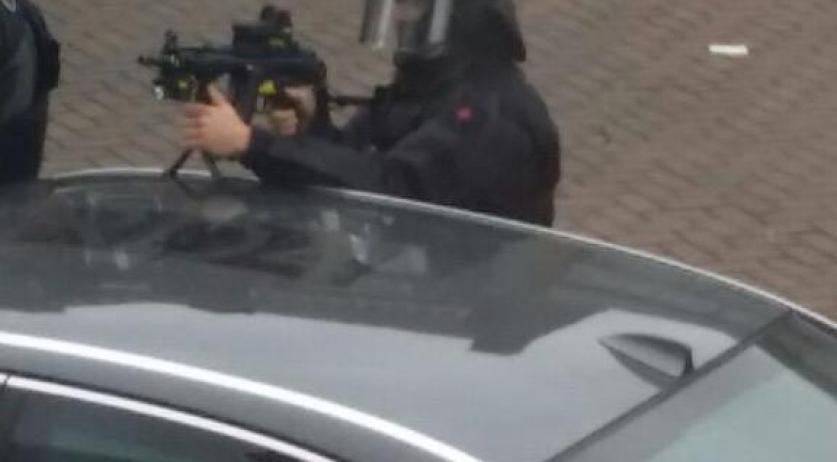 A gunman stormed into a Roosendaal cafe Sunday morning and fired several shots before barricading himself in the building. It happened shortly after 10:45 a.m., with officers eventually arresting the man at about 1 p.m., police in the Noord Brabant city said. The shooting took place just after the Grand Cafe Chagall opened for business, according to RTL Nieuws. The cafe is located on the Oude Markt, a popular open square in the city center. “He came right in and immediately started shooting,” said Patrick Oosterbos, Chagall’s owner. “He came in through the front door; we immediately fled outside through the kitchen, out a back door.” Witnesses said the suspect fired at least six times, and police were quickly on the scene. There were two other staff members and no customers in the cafe at the time, because opening hours had just started. “I am totally shocked senseless. I had never experienced this,” Oosterbos said. Responding officers quickly sealed off the square, and a SWAT team took their positions outside. A police negotiator took position behind a police car, shouting up to a lighter-skinned, half-naked man, believed to be the suspect, who repeatedly appeared at a window, video from the scene showed. “Come on down, hands on your head,” an arrest team member shouted up to the man, according to Omroep Brabant. Is everything alright with you? My colleague and I are here to talk to you. Nothing is going to happen to you. You do not have to be scared,” the negotiator calmly called out. “The SWAT team made entry at the Roosendaal cafe, suspect arrested, no injuries,” police said at 1:05 p.m. The square was reopened about twenty minutes later, but police were still gathering evidence inside the cafe.