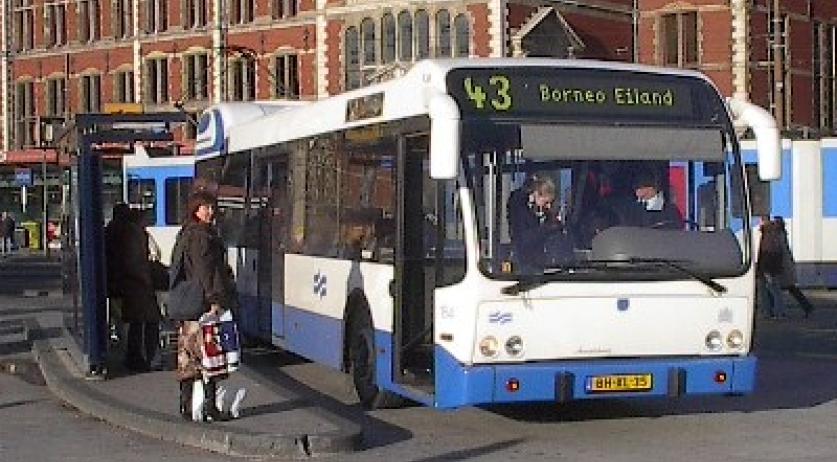 The municipality of Amsterdam and GVB are working towards a cleaner city with public transport that is completely emission-free, the municipality announced in a press release on Wednesday. GVB's fleet will be replaced with electric buses and vans and solar panels on the GVB buildings and subway stations will generate renewable energy. GVB aims to have all its transport be emission-free by 2025. The first emission-free buses will be implemented over the next 3 years. The company also will also launch an investigation into how ferries can be used as cleanly as possible. GVB will have 50 electric cars by 2019. The company will generate the necessary electricity itself by solar panels on their own buildings. An initial investigation shows that the GVB has enough space for 2,300 solar panels, which can meet the energy needs of 250 households. The municipality will investigate how solar panels can be installed on the roofs of underground train stations. GVB will start the first tests on both electric buses and the installation of solar panels this year. These and other agreements are laid down in a covenant which Sustainability alderman Abdeluheb Choho and GVB director Alexandra van Huffelen will sign on Wednesday. Alderman Choho thinks the collaboration with the GVB will be an example for others. "We will make Amsterdam more sustainable on a large scale, and we do that with partners who have big ambitions. Front-runners such as the GVB deserve a podium and imitation."