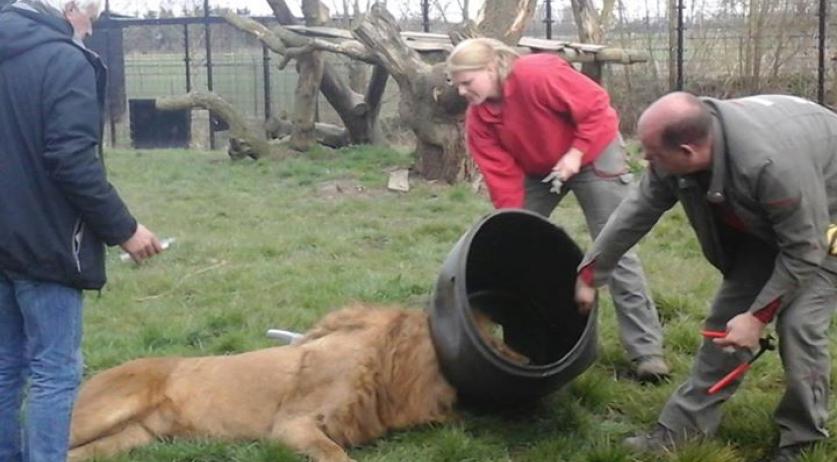 A hungry lion found itself with its head stuck in a feeding barrel at the Dierenrijk zoo in Nuenen, Noord Brabant over the weekend. The startled African lion panicked as it could not see its cage anymore and started running around desperately in effort to get the barrel off, AD writes.  However, despite an intense struggle and running around its enclosure trying to come up with any new ideas, the barrel was declared victorious. "The veterinarian was on the way," someone can be heard saying off-camera in a spectator's video of the struggle. Eventually the lion was anesthetized so zoo staff could remove the barrel, the zoo said in a statement. When the lion came back to its senses, it happily ran to one of his brothers and is doing well. The barrels are used as feeders and the animal caretakers hide the meat in the barrels so predators have to work harder to get to their food.