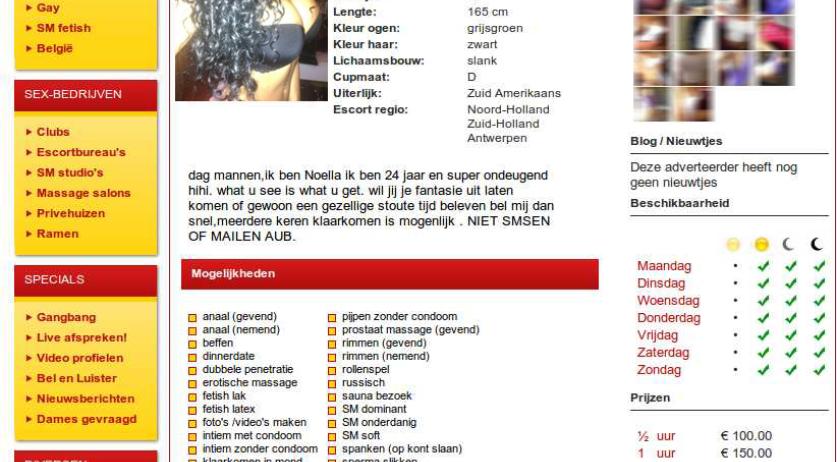 In September last year a man was mugged after answering a personal add on the site kinky.nl. The police investigation into this crime revealed that this man was most likely not the only victim. The September victim answered an add that stated "Mila delicious exotic lady". The victim called the number on the ad and he and "Mila" agreed to meet at a location in Diemen. The agreement was that the victim would first be checked over by a man and hand him the money before he would be allowed to meet "Mila". Once at the location the victim was indeed approached by a man. To be sure, he called "Mila" to confirm that this was the man she had sent, and she confirmed that it was. The man told the victim not to be difficult and to just hand over the money. He lifted his shirt to reveal a gun in his waistband. The now very frightened victim handed over the money. The victim never got to meet "Mila". The police investigation revealed that the perpetrators use several different sites to find their victims, including kinky.nl, verhit.nl and escort69.nl. The text on the advertisements are similar, but different photos and names were used. The names used include, among others, Mila, Noella, Leia, Aaliya and Alessa. The lady in question has already been arrested. The investigation no focuses on finding the man. The detective team working on this case would like to get in touch with other people who may have fallen victim to these perpetrators. The police promises to handle all reports discreetly.