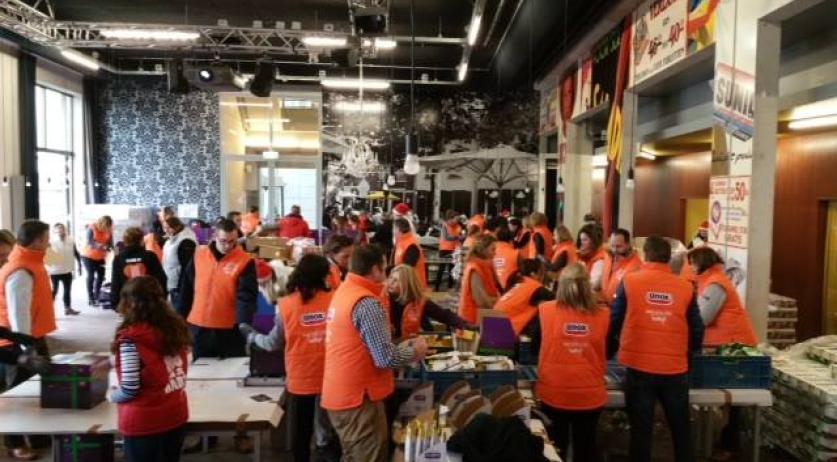 Food banks affiliated with national organization Voedselbanken provided food to 94,000 people in 2014, an 11 percent rise over the previous year. The number of affiliates grew to 157, with 10,000 people volunteering to assist in collecting and distributing food. Roughly 35,000 households needed the assistance last year, nearly three-and-a-half times higher than in 2007, just before the global financial crisis began. Of the total people benefitting from the food program, 37,600 of them are under 18 years of age. Single people account for 40 percent of applications, the biggest household demographic according to the data. About 32 percent of applications come from single-parent homes. “A random sample analysis of the customer base shows that over half of all clients leave [the program] within a year. They are then in a position to provide for their basic needs independently,” Voedselbanken says in a statement. Still, between 20 and 25 percent of clients need to stay in the organization for the maximum allowable three-year period, Voedselbanken revealed.