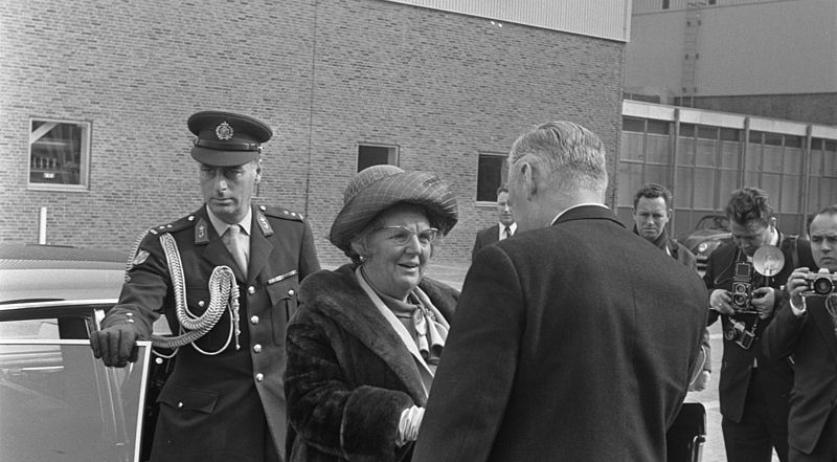 In 1948 Queen Juliana bought a painting by Paul Bril (1554 - 1625) which came from the inventory of Nazi Hans Fischbock, NRC reports. The painting depicts Saint Hubertus in a landscape. Juliana bought the painting at the assessed value of 4 thousand guilders. The painting had been hanging in her palace on loan since 1946. The name Fischbock appears in the purchase contract. During the Nazi tyranny Fischbock was responsible for, among other things, the expropriation of Jewish assets. According to the Stichting Nederlands Kunstbezit (SNK), the painting belonged to a Gotschalk or Gottschalk. That now appears to be a clerical error. Based on a handwritten note on a SNK document, the artwork now appears to come from artist Jos H. Gosschalk from The Hague, who died in the Theresienstadt concentration camp. Fischbock bought the painting from art dealer P. de Boer in Amsterdam, who purchased it from art dealer Schretlen in late 1939, early 1940's, according to SNK. The Rijksvoorlichtingsdienst confirmed in a statement that the work by Paul Bril is part of an investigation by the Stichting Historische Verzamelingen. The foundation started the investigation into the origin of the artworks in the Royal Collection early last year. The findings will be published this spring.