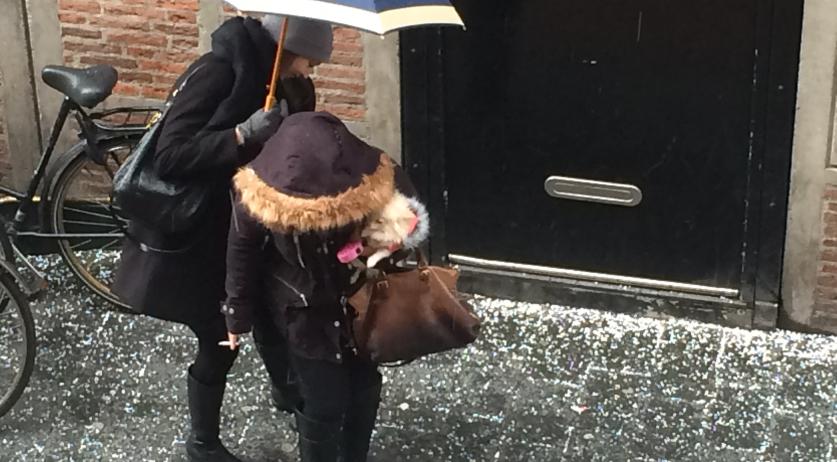 Trains nationwide will run normally on Friday, says a statement on the website of Dutch train service NS, though adding that some scheduling adjustments may occur if the weather becomes inclement. The Royal Netherlands Meteorological Institute (KNMI) predicts clouds and some rain Thursday night into Friday morning. Sleet may also occur and the temperature will stay around four degrees Celsius. Some fog patches may arise inland, potentially causing wet or icy roads and affecting both street and rail traffic. Friday morning and afternoon should be mostly dry. Schiphol Airport had prepared for snow on Thursday, tweeting that "the forecasted snowy weather" might cause flight delays and cancellations. The decision by NS to drop a fifth of its Randstad traffic on Thursday due to "winter weather," along with a Code Yellow warning from the KNMI, made people brace for tough conditions. But with few snowflakes spotted Thursday morning, social media went abuzz with humorous updates on "Snowmageddon," a nod to the excessive precautions issued about a storm earlier this week over New York.

Due to forecasted snowy weather on Thursday, flights may be delayed or cancelled. Please check the Schiphol-app or airline for flight info.