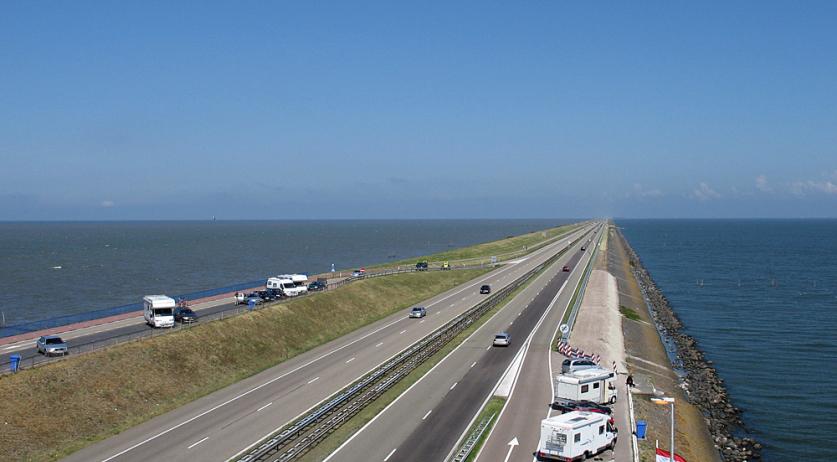 Recent calculations by theoretical physicists from Utrecht University's Sustainability department will allow energy producers to achieve a much higher yield when generating blue-energy. The findings of René van Roij, Mathijs Janssen and Andreas Härtel were published on 24 December 2014 in the scientific journal Physical Review Letters under the title 'Boosting Capacitive Blue-Energy and Desalination Devices with Waste Heat.' Blue-energy is a clean and sustainable form of energy, generated by combining fresh water with salty water, producible at any point where fresh and salty water naturally meet, such as the junction of a river and the ocean. According to the findings, blue-energy production has the potential to offer a significantly higher energy yield when the fresh water is preheated. "If the fresh water is heated to 50 degrees centigrade prior to mixing with salty water, twice as much energy can be generated. If the fresh water is heated to 80 degrees, the energy produced can even be trebled," reveals professor van Roij, a leading expert in the blue energy field. Lead author of the publication Janssen explains a critical added benefit of the discovery. "By heating the water using waste heat, we kill two birds with one stone: blue-energy installations generate more clean, sustainable energy, and industrial waste heat is put to better use." The Netherlands' abundance of estuaries and the Afsluitdijk means that blue-energy is capable of providing for 30% of the country's needed electricity. According to the publication, the physicists expect their discovery to be used to "boost the efficiency of capacitative blue-energy and desalination devices." The findings also hold ramifications for the reverse process of blue-energy: the desalination of brackish water for drinking water production and salty waste water. According to van Roij, the theory "predicts that the desalination of cold brackish water is considerably less expensive than that from warm brackish water." Multiple laboratories, including those as Utrecht University, are now testing the theoretical findings.