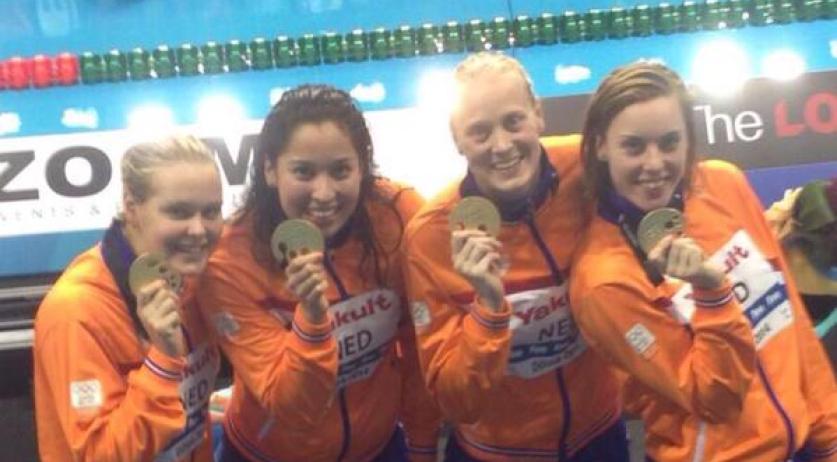 On Wednesday at the Wourld Championships short course in Doha, the Dutch swimmers won gold with a world record in the 4 X 200 meter freestyle. Inge Dekker, Femke Heemskerk, Ranomi Kromowidjojo and Sharon van Rouwendaal made a time of 7.32,85. With this time the beat the previous world record of 7.35,94, which was held by China since December 2010. In 2008 the Netherlands also picked up the title with a world record. The team then swam a time of 7.38,90. Until Wednesday that was also the Dutch record.