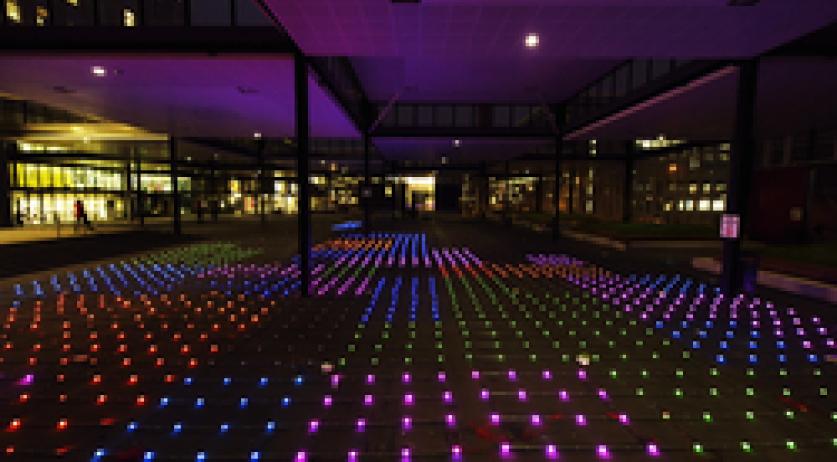 Mega Tetris is officially the world's largest Tetris game played ever. Created by engineering students from TU/Eindhoven, their game has broken the previous record earning their giant game board an entry in the Guinness Book of World Records. Students created the thousand square meter board from 3,200 LED lights, 1,600 ping pong balls cut in half to be used as lampshades, 400 meters of PVC piping, and three kilometers of electrical cable. "We still need to fill out some paperwork. We will send it with photos and videos along to the editors of the Guinness Book for the record to really be seen in the book," said Bram Witteman from Thor. "But that record is there. So we're going out tonight for a good few drinks." Thor, the electrical engineering study association, did not want to take any chances in breaking the world record. After their failed attempt two years ago, the group eliminated any risks of failure by opting for Metaforum Market Hall in Eindhoven, an obstacle free and weather protected venue. The massive video game will be available to the public for play from December 15th - 19th once the joystick-operated LED game board is suspended from the Potentiaal building on the university's campus.