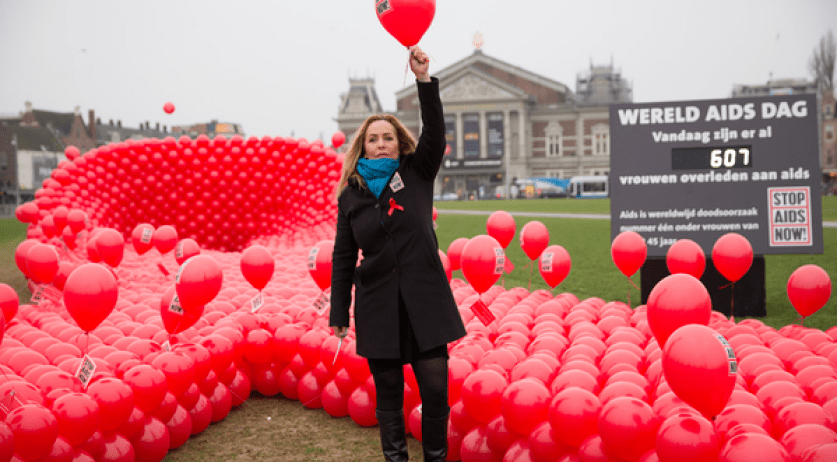 Commemorating the millions of women who have died of AIDS, the iconic red ribbon for HIV/AIDS awareness was constructed with balloons in a display for World Aids Day at Amsterdam's Museumsplein. The tribute was organized as part of the World Aids Initiative. Celebrated singer and presenter Angela Groothuizen, an ambassador of Stop Aids Now, was on hand for the unveiling. "Every minute that passes, another woman dies of AIDS," she said. "This can be halted, as we have the means to combat the disease." A display board at Museumplein shows the number of women who have died today from HIV/AIDS, with the number updating constantly. Over half a million women diagnosed with AIDS worldwide have passed away in the last year. AIDS is the number one killer of women between the ages of 15 and 45, the organization said. Some 6,000 people in the Netherlands are belived to be carrying the virus without knowing it. According to the U.S. Health and Human Services AIDS website, over 35 million people are currently living with the infection worldwide.