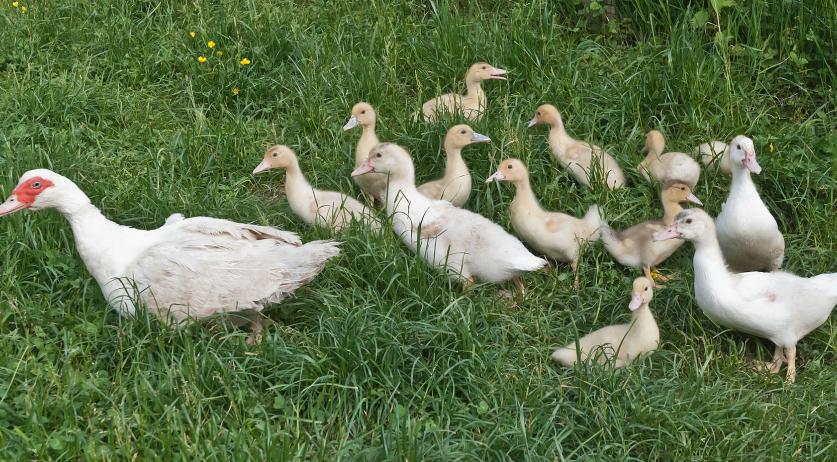 In Barneveld on Saturday 8 thousand ducks were culled on a farm as a precaution, reports the Ministry of Economic Affairs. An investigation showed that the farm was visited by a truck that also visited the bird flu infected farm in Kamperveen. The NVWA has since determined that those ducks were not infected with bird flu. According to the Ministry, there are currently no suspected cases of bird flu in Barneveld, but State Secretary Dijksma is not taking any chances. "For the farmers and their animals the current bird flu is downright terrible. It is therefore necessary to make every possible effort to prevent an outbreak like in 2003." In the municipality of Oldebroek, 23 poultry farms are being tested for the avian influenza. The test results are expected today. These companies are located within the 10 kilometer perimeter set up around the infected farm in Kamperveen. It has been determined that the Kamperveen farm was hit with the H5N8 strain of bird flu, the same strain that infected a farm in Ter Aar and a farm in Hekendorp last week. If no new cases of bird flu is discovered, the 72 hour nationwide transport ban on poultry and poultry products will be lifted. There is a 30 day transport ban for poultry currently in effect in the 10 kilometer perimeter around the farm in Kamperveen. Feed may be delivered by trucks that are equipped with a special disinfection system. Three cases of bird flu has been found in the Netherlands since last week Sunday. All three cases involve the H5N8 strain, a highly pathogenic variant of the disease. After the first outbreak in Hekendorp, South Korea put a ban on all poultry imports from the Netherlands.