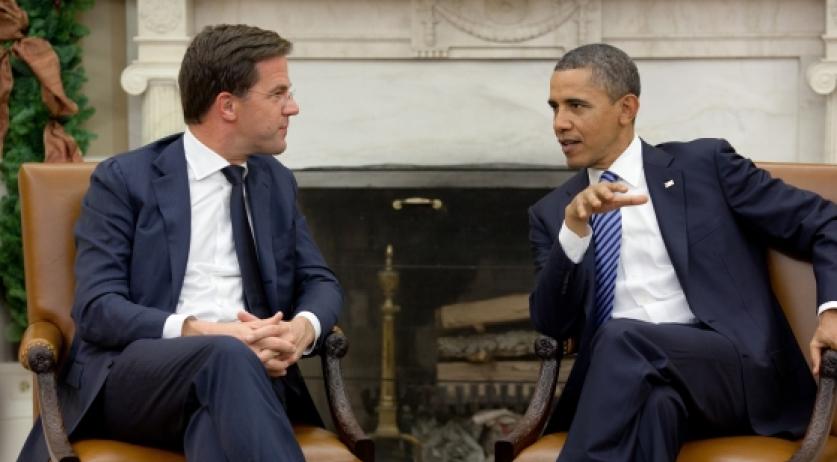 US blows off Netherlands in ISIS fight

The United State has deemed The Netherlands unfit to address the threat of the Islamic State (IS) in a powerful enough manner. Because of the country's hesitation to contribute heavy weaponry, The Netherlands will not be part of the so-called coalition of the willing, in which nine allies are joining forces in the fight against IS, De Volkskrant reports.  At the NATO summit in Wales last week, American Foreign Affairs Minister John Kerry called on nine allies to join the coalition of the willing and contribute to the armed struggle. According to a source, The Netherlands was very surprised not to be on the list. The coalition is now made up out of The United States, Great Britain, France, Germany, Italy, Denmark, Turkey, Poland, Canada and Australia. The United States drafted a list of countries that would make a great impact on the fight against IS. The US only placed on the list "nine countries that have shown themselves ready to take measures that may result in deaths. The Netherlands is only delivering assistance that is not directly lethal", a source says. The Netherlands is not providing heavy military weapons to the fight, but only transports these for third parties. The only military supplies The Netherlands has so far contributed to the counter-terrorist struggle in North Iraq are helmets and bullet-proof vests. Defense expert Rob Hendriks of the Instituut Clingendael says that American President Obama wants explicitly to "eliminate" IS, "and is not talking about holding it back a little bit." Obama will explain his three-step plan to "eliminate" IS on Wednesday. The steps include air strikes in iraq, training the Iraqi forces and other groups fighting against IS, and lastly the destruction of IS in Syria. Director of the Hague Center for Strategic Studies Rob de Wijk says that there is a big "political signal pointing to Rutte being passed up". "The US and Great Britain are tired of symbolic contributions", which is why coalitions nowadays stress the ability of involvement as well as the willingness. "You already saw that in Libya. They're tired of countries that can't bring in material and manpower but do have things to say", De Wijk tells the paper. MPs for the ChristenUnie and D66 believe that The Netherlands should not be sitting on the sidelines in this war, but should be actively involved against the terrorist organization. MP for the VVD, Han ten Broeke, insists that Prime Minister Mark Rutte has kept all options open for involvement in Iraq and Syria up to now, which is a wise choice, he tells De Volkskrant. Sources tell the paper that diplomats are advising Foreign Affairs Minister Timmrmans not to make hasty decisions, but to weigh up how deeply The Netherlands wants to be involved in Iraq first. Parliament will debate the rise of IS on Wednesday.