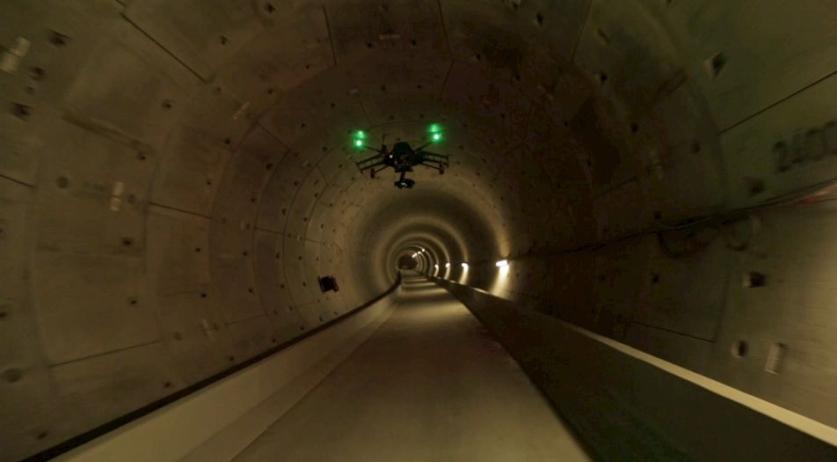 The Amsterdam public transit authority, GVB, has released new video footage of the still under construction Noord-Zuid underground metro line. Although still incomplete, a camera-mounted drone has captured footage of the route, giving people an insider's look at the over €3 billion project. The drone began its journey at Sixhaven in Amsterdam-Noord, just across the IJ River from Amsterdam's central train station. We see the video as the drone begins weaving its way through the dimly lit underground tunnels, before popping back up above ground just before the Rokin station in Amsterdam Centrum near Dam Square. The drone was controlled by a pilot who rode a bicycle behind the small aircraft. The new network which began construction in 2002 will be the first transit line to directly connect the Amsterdam Noord district to Amsterdam Zuid, passing under the IJ, the historic city center, and on to the RAI convention center and the train station near the World Trade Center. The construction project has experienced several difficulties since inception and is running more than double its original €1.4 billion budget. The line was originally scheduled to open in 2011, but is expected to open in 2017.