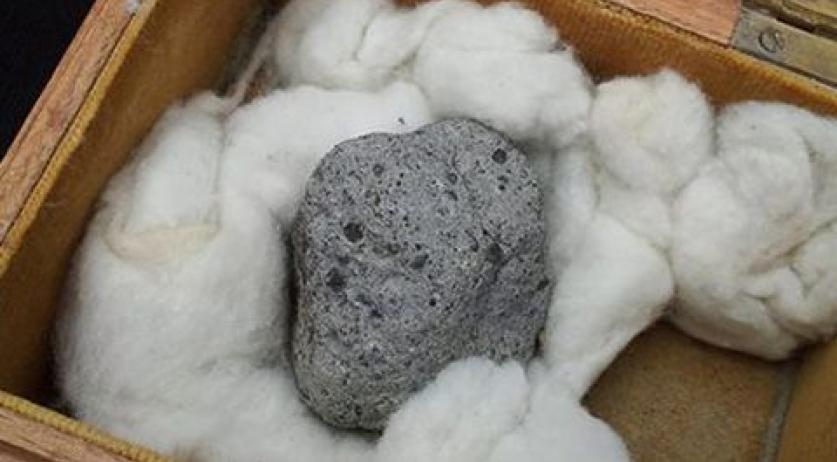 The meteorite stolen from the astronomy museum Sonnenborgh has been recovered. Two tennis players from Utrecht discovered the space rock that came down in Serooskerke while looking for a ball hit out of the court, the Algemeen Dagblad reports.  Chris Oomen (75) and Hans de Jonge (64) found the meteorite looking for their tennis ball in the bushes next to the courts on the Mytylweg. The rock was still in its case, wrapped in a plastic bag. The Algemeen Dagblad broke the news to the museum director Bas Nugteren. "This is the best news I've heard in a long time", he said. The safe containing the special space rock was stolen from museum Sonnenborgh on Monday night. Divers found the safe in the Catharijnesingel, but the box containing the meteorite was missing. A box of money was also taken. Oomen and De Jonge immediately knew what was inside the box, having seen images of it in papers. They do say that the rock is slightly damaged. Police will not yet confirm the discovery.