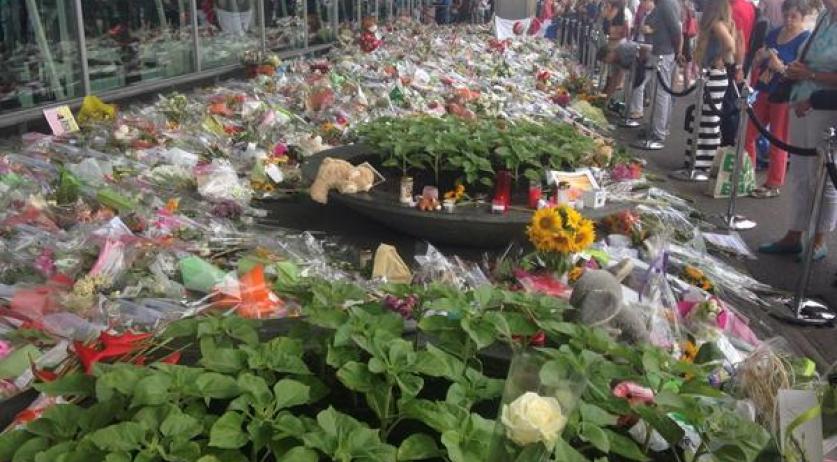 Schiphol to get permanent MH17 memorial

The Netherlands' main airport, Schiphol, will get a permanent memorial to remember the 298 people killed in the tragic plane crash in eastern Ukraine last week.  Since the disaster last week, departure hall 3 has become a sea of flowers left there by people in tribute to the terrible loss. Not only flowers, but cards, plush toys and drawings cover the ground and messages are left in books of condolences. The airport now wants to create something permanent to remember the victims. It is not clear what this will look like, or when it will be complete. "We are now thinking carefully about how we can give it form in a fitting manner", the spokesperson for Schiphol said.

The memorial at Amsterdam Schiphol Airport stretches across nearly half of this stretch of Terminal 3 now. #mh17 pic.twitter.com/tZwj9bIR2T