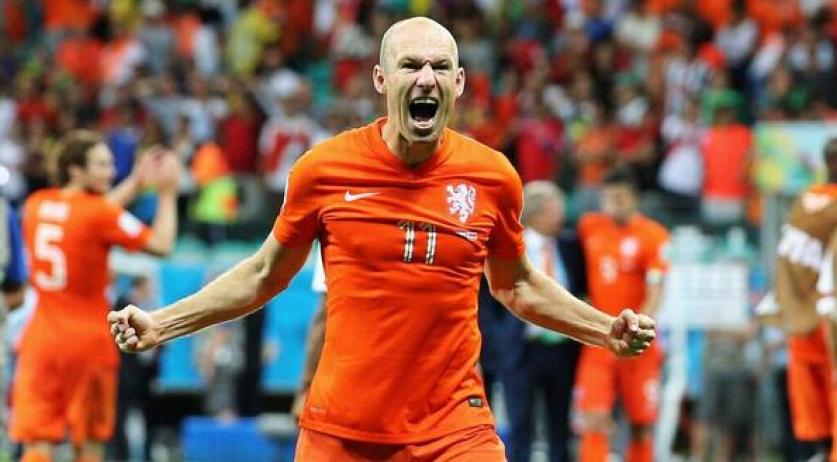 Arjen Robben has joined Lionel Messi and Thomas Müller as the best players in this World Cup. FIFA has given the Dutch forward the Bronze Ball. After Germany beat Argentina in the finals, it was Messi who won Gold, and Müller won Silver.  Robben's 2014 World Cup career was very successful. He scored three goals, gave one assist, and got two penalty shots in. Defeating Brazil in the third place match, the Dutch team is all-around Bronze. The players are already back in The Netherlands, so Robben will receive his award at a later time. The best goalkeepers in the tournament was the German Manuel Neuer. Paul Pogba from France was given the Hyundai Young Player Award taking that title from Memphis Depay and Raphaël Varane. Colombia was given the Fair Play Award with only five yellow cards to their team, and playing respectfully according to the criteria. Colombia's James Rodriguez won the Golden Boot, scoring six goals for his team, and two assists.  Thomas Müller won the Silver Boot and Brazil's Neymar won Bronze. For Messi, the Golden Ball award was a conciliatory prize. The Argentinean looked entirely dejected receiving the prize, and was obviously wishing that the golden object in his hands was the  all-important World Cup instead. Messi took off his silver medal almost as soon as it was placed around his neck. "At this moment, I don't care about that prize", Messi said. "I wanted to take home the World Cup for all Argentineans. This prize is not important for me." The last time the Golden Ball was given to a player who was also in the winning team was in 1994, to Brazil's Romário.