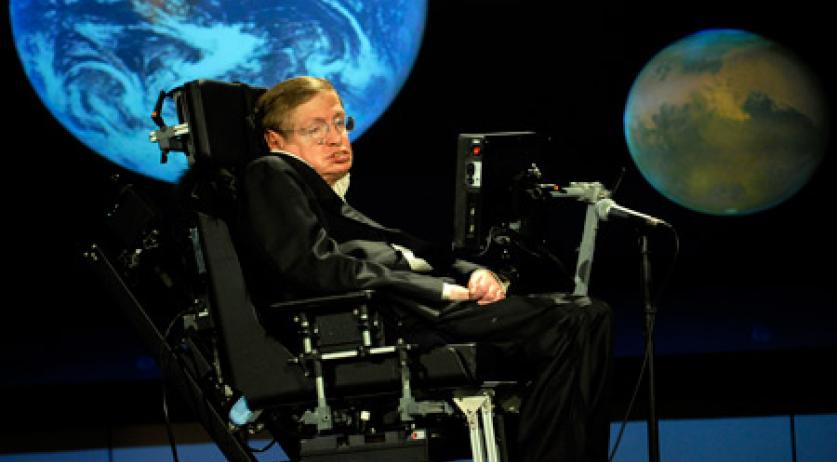 Stephen Hawking in the Netherlands

World renowned British scientist Stephan Hawking arrived in Utrecht on Wednesday. He is in the country to give a reading, which was organized by students from the student's union A-Eskwadraat.  The students welcomed Hawking and his entourage to the city. The theoretical physicist, cosmologist and author is traveling with a care team due to his being wheelchair-bound by Lou Gehrig's disease. "They came with the car, via the tunnel from England. They were traveling the whole day", Jori Hoencamp from the student's union told the Algemeen Dagblad. Due to Hawking's health condition, people who bought tickets for the reading were told that the event might be cancelled last minute, but his arrival bodes well for the fans. Professor Hawking will give the reading on Friday afternoon as part of the opening of the international physics competition PLANCKS. The scientist is especially interested in black holes, the universe and cosmology, and his work has led to new insights about gravity and the big bang theory. Nobel prize winner prof. dr. Gerard 't Hooft from Utrecht will be speaking as well, as well as German experimental physicist prof. dr. Immanuel Bloch. Tickets were sold out within one minute.