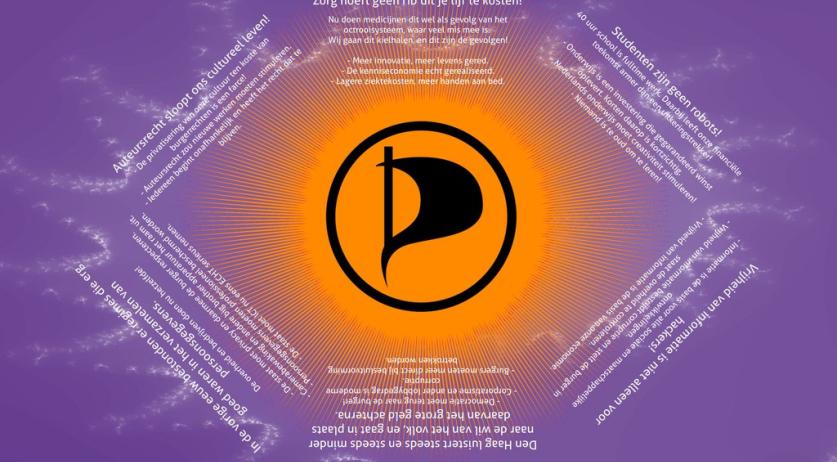 Thrower of tea light holder up for municipal council member

Erwin Lensink, known as the 'tea light holder thrower' is on the list of candidates from the Pirate Party, up for upcoming election to the Municipality council in Nijmegen.  Omroep West announced this on Saturday. Dirk Poot, Pirate Party president, claims to have had no knowledge of Lensink's candidacy, and says that he must have put himself on the list at the electoral commission. Inside the party, the man is known only as 'Erwin' who, with three others, forms the governing board of the Nijmegen sector. People did not know that this had anything to do with Lensink. The sector decided not to partake in the Municipal council elections on 19 March, but Lensink subsequently put himself down as candidate anyway. The rural governing board is wholly surprised by the application, and think it is unacceptable. They are trying to convince him to withdraw his name. If he does not do this voluntarily, the party will likely take the matter up with the State Council. The Pirate Party suspects that Lensink used party policy and plan documents to receive permission from the electoral commission. Poot told the NOS "if he still wants to be in politics, then he will have to start his own party. We are completely done with him." Lensink is notoriously known as the man who, on Prinsjesdag in 2010, threw a tea light holder at the Golden Coach. Nobody was injured, but he did damage the carriage as the object ricocheted off a window. The court last year sentenced him to five months jail sentence. Lensink spent almost two years in custody after the incident. In December, he was apprehended in The Hague at the celebration of two hundred years Kingdom of the Netherlands, because he received a restraining order prohibiting him from being in that area. He received a fine of 200 euros.