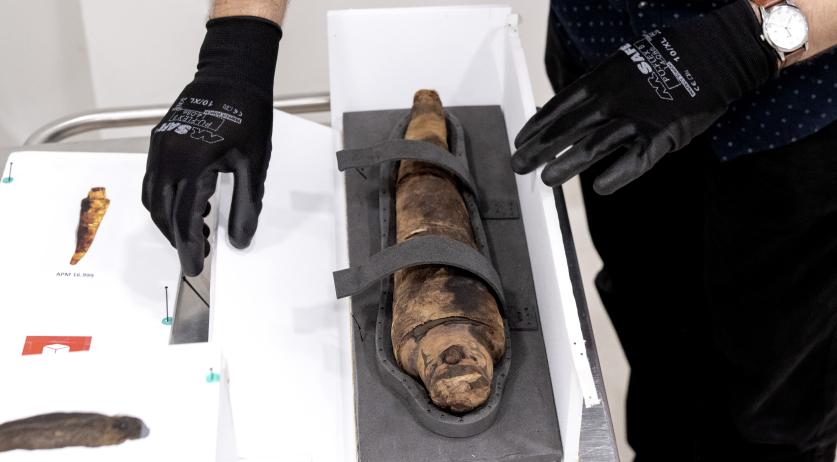 The Amsterdam UMC may just have seen their oldest ever patients. A range of Egyptian animal mummies over two thousand years old recently underwent CT scans and X-rays at the healthcare facility. Researchers hoped to be able to gather more information about the mummies in this way without damaging them.

The two mummies stem from ancient Egypt. “Animal mummies are increasingly being researched internationally because they can tell us a lot about the religious rituals of ancient Egyptians and how they treated animals”, curator at the Allard Pierson Museum, Ben van den Bercken said to AT5.

The largest mummy was that of a crocodile, but ancient Egyptians also mummified fish, birds, cats and dung beetles. Many of these animals were holy in ancient Egypt.

“We hope to obtain a lot of new data with these scans so that we can answer pressing questions”, van Bercken said.

Radiologist Roel Jansen has experience making x-rays of people but this instance is still a novelty to him. “It’s a fun way to apply the knowledge you normally use to a completely different branch of science”, Jansen said.

The mummies undergoing examination look different than what you would expect from Hollywood movies. “I think it’s better to have fresh fish”, Jansen joked.

The results of the study and the mummies will be displayed in December or January at the Allard Pierson Museum.