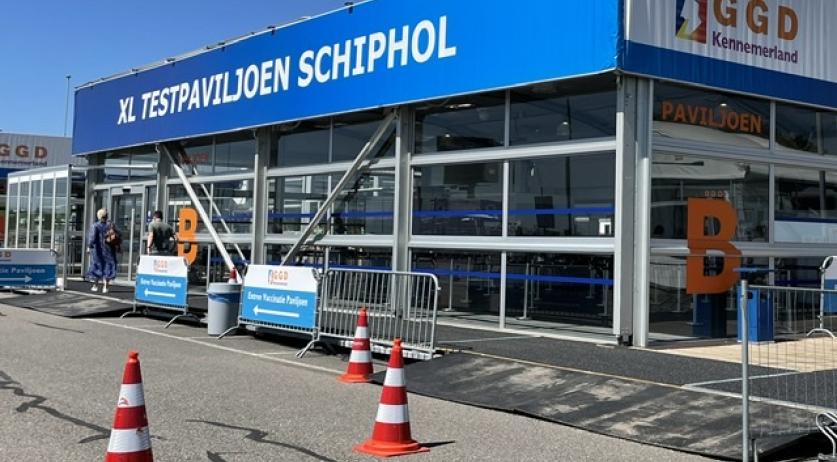 Starting on Monday, healthcare workers in the Netherlands will begin scheduling a person's second shot of a Covid-19 vaccine 25 days after the first shot, down from the current 35 days. Additionally, people between the ages of 60 and 64 who received one dose of the AstraZeneca vaccine will be able to schedule their second dose using the Pfizer vaccine starting on Friday.

The two-dose vaccine from Pfizer is recommended for use with between 19 and 42 days between shots. The Moderna vaccine is recommended with a 28-day interval, according to the European Medicines Agency.

The changes should help fill all available vaccination time slots, Health Minister Hugo de Jonge told Members of Parliament during a debate on the country's coronavirus policy. Within a few weeks, some of these available slots will be allocated to people who want to move up their already-scheduled second vaccine dose, but the GGD municipal health service does not have the phone capacity to handle those requests.

One reason for the shift to a shorter period between injections is to speed up the process as a way of enticing more people to schedule and show up for their vaccine appointments He suggested that the process of scheduling a vaccine for the near-future, putting it in one's agenda, and making sure they arrive for their jab, is more amenable for middle-aged and older adults, but not necessarily for others.

"Among younger people, we see the possibility of being more instantaneous ... and that can actually be more practical," he said.

Jan Paternotte, the D66 leader in the Tweede Kamer, said he wanted to see even more elasticity to the scheduling process. "The minister indicates that flexibility is so important for young people, because they immediately want that shot. It's nice to see some more flexibility," he said. "But if you want to make it flexible, I'd say we should give people the space to say, 'I do want it within those 25 days,' or 'I want that interval to be a little wider.' Then it is easier for them to plan around their vacation."

Paternotte also suggested that having a mass vaccination location on the premises of Schiphol Airport can also be an effective way of reaching younger people with more immediacy.

De Jonge said he will discuss it on Friday with the GGD regional branch in Kennemerland, which covers the airport, as they are already considering the possibility. "I'm going to pass on the suggestion, but the GGD will look at what can and cannot be done in the end," he said.

The GGD also operates a mass vaccination point set up in Badhoevedorp, near the airport.