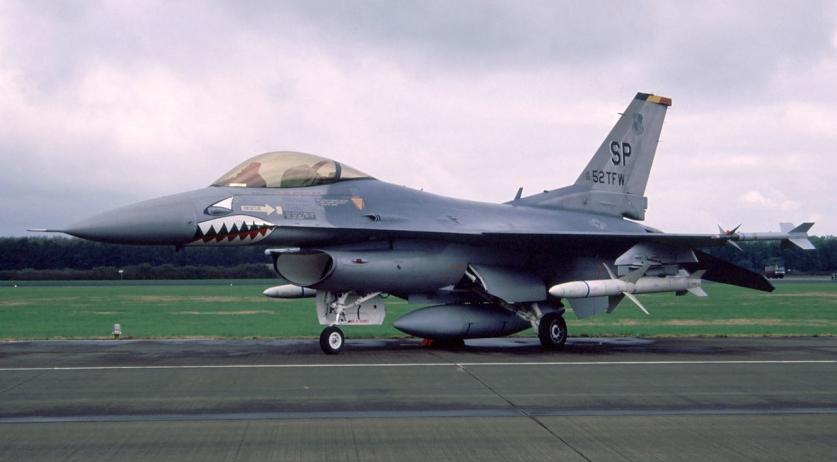 A group of F-16 fighter jets flew along the famous Elfstedentocht route on Tuesday morning in formation. The Ministry of Defense is bidding farewell to the F-16 aircraft which will no longer be stationed at Leeuwarden airbase.

The four planes took to the skies around 11:15 a.m. and flew over the eleven cities on the famous natural ice skating race route several times. The spokesperson for the ministry, Jayme Tol, told Omrop Fryslan it was quite difficult to fly such a route.

"Because when you're flying in a formation, you can make the turns a bit more difficult," he said. "But we have prepared well."

The Ministry of Defense also made sure that the flight can be followed on flight radars. The airbase asked people to reminisce using the hashtag #OantSjenF16.

The airbase in Leeuwarden was the home base of the jet fighters for more than forty years. The old jet fighters will now be relocated to the airbase in Volkel. The last F-16 is expected to fly to Volkel on 1 July.