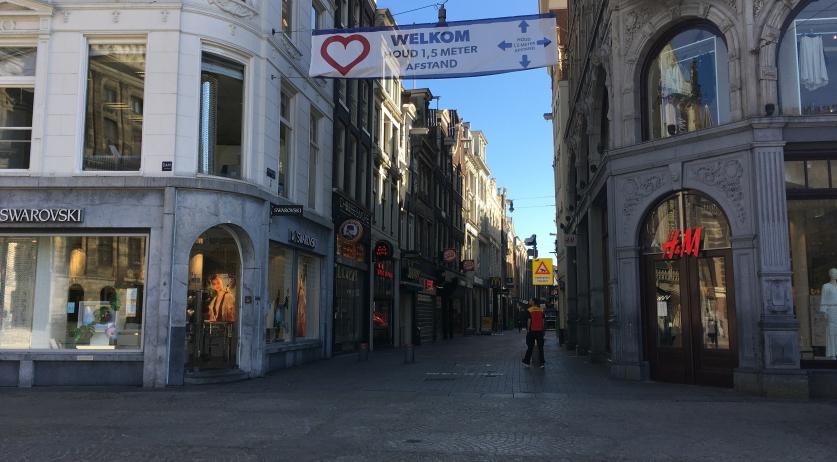 The retail vacancy rate in the largest Dutch city centers has risen unexpectedly quickly due to coronavirus, Financieele Dagblad reported. The famous shopping streets - which should be a calling card for the Netherlands - are threatening to deteriorate, officials warned.

The number of vacant retail spaces increased significantly in Amsterdam, Utrecht, Rotterdam and Eindhoven, according to figures requested by the newspaper. In Eindhoven, more than 9 percent of the shops are currently empty, up from 6.1 percent two years ago.

In Amsterdam, the vacancy rate rose from 1.4 to 4.8 percent in two years. That's less than the national average of 7.5 percent, though still high. In Amsterdam's most commercial street, Kalverstraat, 6 percent of available properties are now empty.

The vacancy is also booming in Utrecht. Last week, Utrecht alderman Klaas Verschuure wrote a letter to members of parliament on behalf of the six largest cities, which the FD got to see.

"We are seeing major sales losses, vacancy rates that are up to 40 percent in some shopping streets, and a large decline in the flow of tourists,' Verschuure stated. "This is already leading to clustering of vacant properties with degradation and subversion lurking in the short and medium-term."

Some property landlords have cut rents considerably. The rent price per square meter in the most attractive locations in Amsterdam has fallen from 2,700 to 2,250 euros, according to retail real estate agent Colliers. In Utrecht, prices in the major locations in the main shopping streets of the old city center fell by about 40% in one year.

The number of stores in the Netherlands has been declining for years. Last year, the number of physical stores decreased by almost 900, the Statistic Netherlands (CBS) reported.