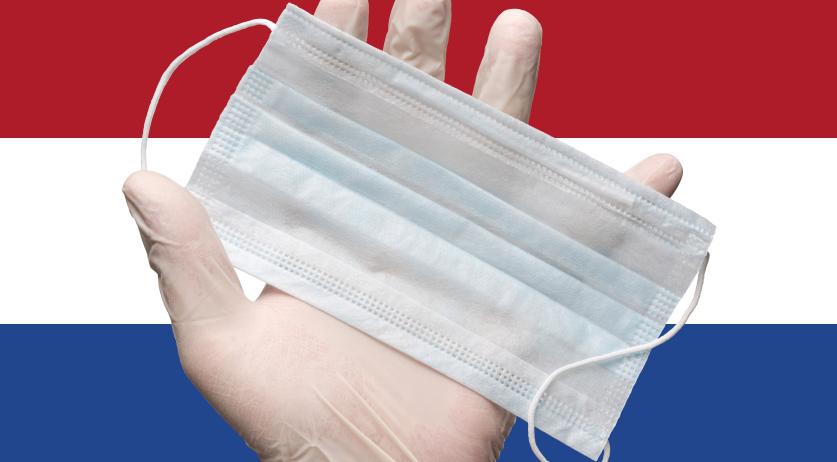 Mandatory face mask rule may be dropped earlier than expected

The mandatory face mask rule may be dropped in the Netherlands earlier than expected, newspaper AD reported. Several Outbreak Management Team (OMT) members are in favor of such a move and the option is also being discussed in cabinet circles, the newspaper wrote.

Andreas Voss, member of the OMT and professor of infection prevention in Nijmegen, said dropping the face masks rule may be ‘justified’. “I can imagine that there will be talks about it. We will soon have a hot summer and you will force masks on people, while the number of infections is very low."

The early elimination of the rule is also a subject of discussion in the cabinet. The government is currently brooding on the corona policy for the coming months. On June 26 already, the fourth and fifth steps of the lockdown exit plan may be taken. The cabinet will make a decision on that on Friday.

As of right now, the social distancing rule, the advice to work from home, and the face mask obligation are set to be abolished in step 6. That would occur once 85 percent of adults have had at least one shot of the Covid-19 vaccine. According to the current timetable, that would not happen until the beginning of September, but sources close to the government stated that individual measures may be relaxed earlier.

“It has to be considered,” an insider said to AD. “You don't want a flashing light policy either. But in principle the face masks should be the first ones to go away.”

Several OMT members have questioned the effectiveness of the measure since the outbreak of the pandemic. Most notably, RIVM director Jaap van Dissel was an outspoken opponent of mandatory face masks last year. Another OMT member, the Utrecht medical microbiologist Marc Bonten, stated that there is still little evidence for the measure’s efficacy.

"So if there is massive vaccination and the infection rates are falling, abolishing it earlier is indeed a possibility," said Bonte.