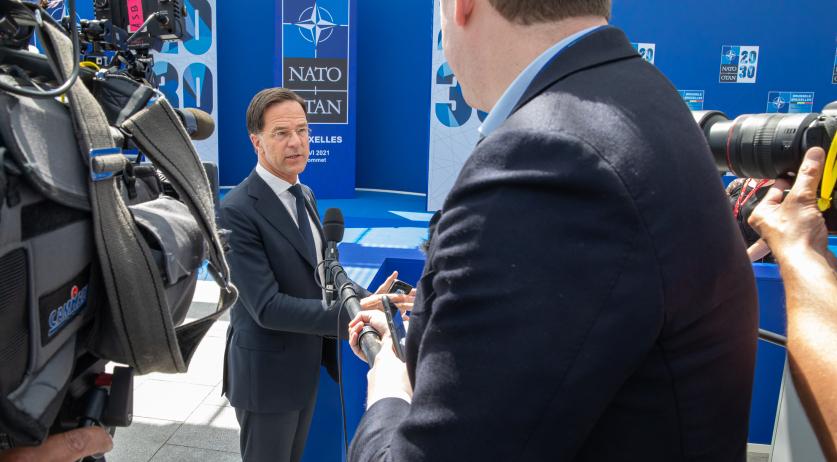 Working with Biden more natural than with Trump: Dutch PM

Working with U.S. President Joe Biden feels more natural than collaborating with his predecessor, Donald Trump, Dutch Prime Minister Mark Rutte said to reporters gathered at the NATO summit on Monday. "Of course that was a bit inconvenient at times," Rutte said in response to questions, according to newswire ANP.

Biden is attending his first NATO summit in Brussels this week, just after meetings with the G7 leaders in London. When he was in office, Trump frequently blasted member governments for failing to meet their defense spending pledges, memorably calling NATO obsolete on one occasion.

Rutte said he found Trump's criticism of spending levels to be "justified" and understandable at a summit in December 2019. However, he was also one of the world leaders in a caught mocking Trump in a video shot at a reception that year.

"In the end, we were able to work closely together and maintain a good relationship," Rutte said about Trump. But “of course it was a bit embarrassing at times,” he admitted.

Rutte once again insisted that the transatlantic alliance is also very much in the interest of the United States. "You will see that today we will reaffirm our joint commitment to NATO," he stated.

Leaders of NATO are set to discuss climate change, cybersecurity, and the relationship with China and Russia during the summit.