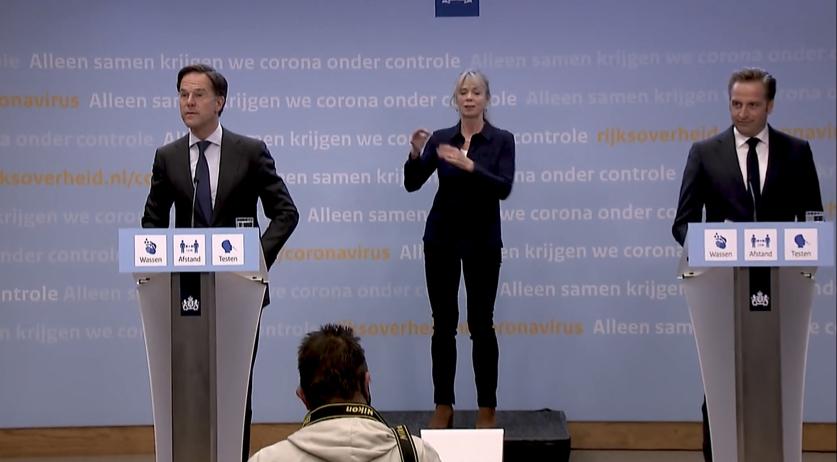 De Jonge: Getting all adults access to first Covid vaccine by July closer to reality

Health Minister Hugo de Jonge said that the Netherlands was getting closer and closer to being able to confirm that a first Covid-19 vaccine shot will be offered to all adults by early July. He also said that general physicians should not give away vaccine doses using the website recently set up to get leftover doses into any available arm.

"At the beginning of July, any Dutch person who wants to will have been able to have gotten a first shot. For that we remain dependent on the supplies, but it seems that we will reach that milestone," De Jonge said. "The first shot prevents almost all hospital admissions. We are all looking forward to that, of course."

He said he anticipates two-thirds of residents of the Netherlands to be fully vaccinated before the summer holiday period gets underway. Those who have not been fully vaccinated, but want to go on holiday anyway may be able to do so with a negative test certificate at their own cost.

"One shot after an infection counts as fully vaccinated for us, although that still needs to be properly adjusted," he said. "The travel pass makes no distinction there," he continued. "We're also working on immunity certificates, but we're not that far yet."

Responding to questions about a website matching surplus vaccine doses at a physician's office to people within a short drive away, De Jonge said, "Nobody wants vaccines to go into the trash, but we don't have a vaccine surplus, we just have a shortage." Any GPs with more than one extra vial of vaccines should contact the RIVM to get those doses to other areas where they are needed, he said. "We also have an order [of priority] for a reason."

He repeated that there will not be an obligation to get vaccinated against the disease, and people will not be required to prove their vaccination status. "A negative test statement is therefore an alternative to a vaccination certificate. You will always have the alternative if people cannot be or do not want to be vaccinated."

De Jonge maintained that age is the most important medical risk indicator, and said the priority laid out by his office must be adhered to. He also singled out one manufacturer in particular for not meeting contractual obligations, and contributing to the shortage.

"Only AstraZeneca does not make deliveries that resolutely. Next week there will be deliveries to administer a lot of second shots. The injection interval can also be shorter," De Jonge said.

This week, the Netherlands expects to administer its seven millionth dose of a Covid-19 vaccine. So far, over a third of the adult population has received at least one dose of a vaccine, and ten percent have received two. The data, provided by the RIVM, has not been adjusted in a way that easily accounts for those who received the one-shot Johnson & Johnson vaccine or those who received a jab soon after fighting off Covid-19.

Those groups are both considered to be fully vaccinated under Dutch rules, De Jonge confirmed.