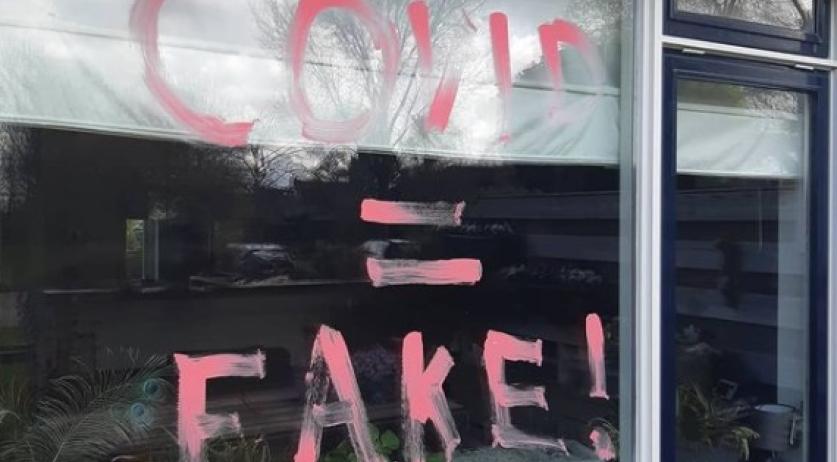 The house of a Covid-19 patient in Sint Annaparochie was defaced last weekend by someone who apparently denies the existence of the disease, police confirmed. A picture that showed a window painted over with a large text reading “COVID = FAKE” was published by the local community policing officer on Instagram.

The woman whose house was vandalized was being treated in the hospital for Covid-19 at the time. "You can disagree with things, but then paint it on your own window instead of on the window of a house whose owner is facing a high fever, and is in the hospital because of Covid-19," the community policing officer wrote.

Police released no information about suspects or if anyone was either arrested or fined over the incident. Fewer than four thousand people reside in the Friesland village.

Officers also said that it would be decent for the perpetrators of the attack to apologize to the resident of the house, stressing that it should be done from a distance.