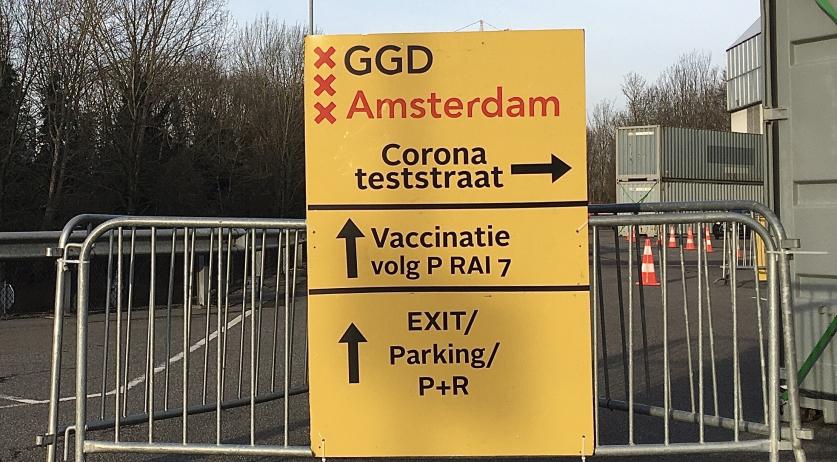 While healthcare workers, the elderly and people with medical pre-conditions started receiving their Covid-19 vaccine shots as early as January, that invitation is still many weeks away for younger residents not identified as being at risk of a serious case of Covid-19. Should the current vaccination schedule in the Netherlands go forth as planned, adults outside of the medical sector under the age of 60 could be asked to schedule a vaccination appointment next month.

With the coronavirus vaccination calculator (in Dutch), you can check for yourself when it is your turn to receive the shot. Some people in their younger sixties have already been vaccinated, with people in their late sixties expected to get the call later this month. The most recent update from the Ministry of Health shows that vaccination for residents in the Netherlands under the age of 60 living at home will proceed as follows:

The schedule confirms that 46 percent of the adult population will not be offered a vaccine until June at the earliest. There are 14.4 million adults living in the Netherlands, with 6.6 million aged 18 to 49, and 2.5 million in their fifties. The schedule is still subject to change, largely due to the study into side effects of the AstraZeneca vaccine and adjusted delivery schedules.

The above age groups could receive any of the four vaccines approved for use in the European Union. A letter with information on where they can get vaccinated will be sent along with contact details needed to schedule an appointment. Those who have been infected with the SARS-CoV-2 coronavirus within the past six months will only be given one dose even when the vaccine is recommended as a two-dose solution.

Children under the ages of 18 will not be vaccinated for the time being. Only the vaccine from Pfizer/BioNTech is permitted for use for people aged 16 or 17, though the Netherlands has so far said they will not use that vaccine for people under 18. No other vaccines have been approved by European authorities for use by minors.

A Dutch passport is not required to receive a vaccination invitation. Letters will be sent out to all people registered with the municipality.

On April 14, the Tweede Kamer, the lower house of Dutch parliament, will hold a debate on vaccination progress in the Netherlands. That will take place a day after Prime Minister Mark Rutte and Health Minister Hugo de Jonge hold an evening press conference to update the country on the pandemic situation.