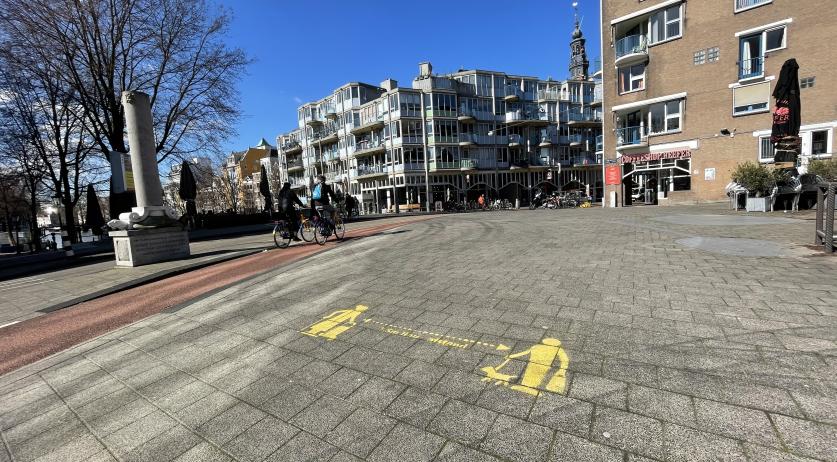 The average number of daily coronavirus infections in the Netherlands rose for the 23rd day in a row, data released by public health agency RIVM showed. With 7,684 more people testing positive for the SARS-CoV-2 infection the average rose to 7,455, the highest since January 10.

Wednesday's total jumped by 30 percent compared to Tuesday, and was one percent higher than a week earlier. Some 20,417 people have tested positive for the infection this calendar week, up four percent from last week.

For the second time in five days, more than four hundred infections were discovered in Rotterdam (403). The city's moving average has rocketed up to 352, double from where it was at the beginning of the month. The greater Rotterdam area was identified by the RIVM as one of the six regions in the country at the highest risk of new infections.

On Tuesday, healthcare workers in the Netherlands administered 65,195 doses of a Covid-19 vaccine, well above the daily average of 48,402. The effort pushed the Netherlands past 2.5 million jabs given since January 6, but was still too low for the country to meet the Ministry of Health's estimate of over 514 thousand injections this week.

Hospitals managed to reduce their Covid-19 patient total by three percent, bringing the total down to 2,334. It was the first decrease in eight days, but the hospital total was still seven percent higher compared to last Wednesday.

To date, people have tested positive for the SARS-CoV-2 infection 1,272,616 times. That includes 16,538 people confirmed to have died from Covid-19, a figure which rose by 29 on Wednesday.