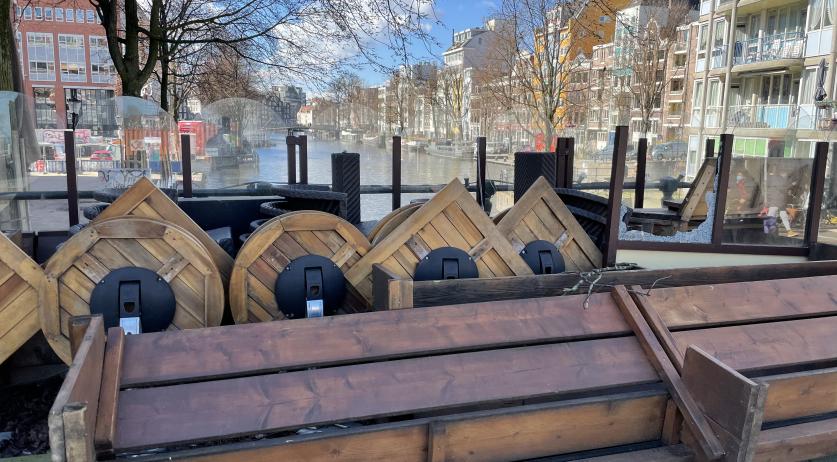 Hospitals in the Netherlands were treating 2,410 people for Covid-19, the most since January 15 according to data from patient coordination office LCPS. The hospital total rose by 68, making the total nearly ten percent higher than a week ago.

Some 50 people with the coronavirus disease were admitted into intensive care between the afternoons of Monday and Tuesday. That included the ten-thousandth patient with Covid-19 to be admitted into the ICU, according to NICE. A spokesperson for the foundation told broadcaster NOS it reached a "sad milestone," particularly as over 27 percent of the ICU patients died during treatment.

There were growing fears that the Netherlands would be unable to scale up intensive care needs to 1,700 available beds during a third or fourth wave of the pandemic, as Health Minister Hugo de Jonge said to newspaper AD. "We are not going to get to the number of beds in March last year, I can predict that. Staff deployment at every IC has decreased," said Harald Faber, Head of the Intensive Care Unit at Wilhelmina Hospital in Assen.

"The staff is exhausted," said Dutch intensive care leader Diederik Gommers to AD. "If you ask them now if they can scale up that far again, they will answer that it is not possible."

"It has become painfully clear during this pandemic that ICU care is a scarce commodity," said Dave Dongelmans, an ICU doctor at the Amsterdam University Medical Center who serves as the chair of NICE. People with Covid-19 still need roughly 16.6 days in intensive care when they are admitted into an ICU, over six times higher than average. That was still lower than the 21 days needed at the beginning of the pandemic.

Currently, 16% of all hospital patients in the Netherlands are being treated for Covid-19. Of the 2,410 patients with the disease in care on Tuesday, 682 were in the ICU, the most since January 18. The other 1,728 were being treated in regular care. Should the trend over the past seven days continue, there will be 2,645 hospital patients with the disease in treatment next Tuesday.

Public health agency RIVM also said that another 5,909 people tested positive for the SARS-CoV-2 coronavirus infection, the lowest in a week. It was still enough to push the seven-day average up for the 22nd straight day, a figure which reached 7,446. The average has gone up 16 percent in a week, and 27 percent since the start of the month.