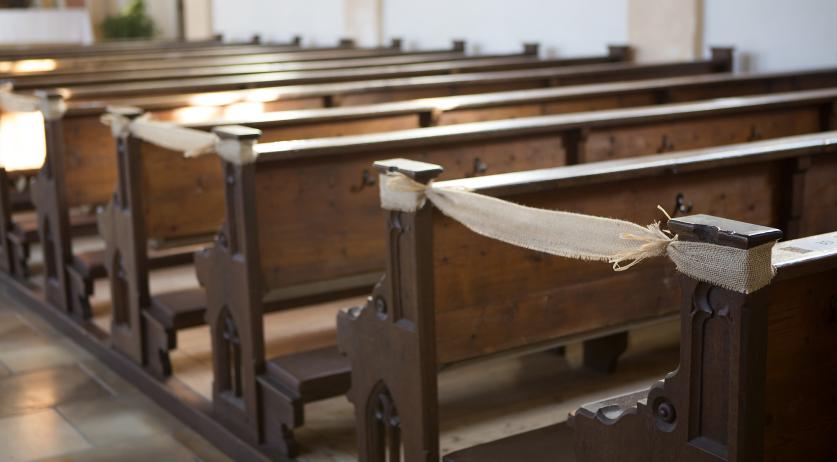 The Sion church in Urk received death threats after it announced that the church was ignoring the measures in place to curb the spread of Covid-19, in favor of tending to the "need and the spiritual well-being" of its congregation, spokesperson Hessel Snoek said to De Stentor. Prime Minister Mark Rutte called the church's decision to open fully "selfish and completely irresponsible".

"Several members of the church have received many angry calls and threats. Me and even my family get a lot of misery over us all and all kinds of curses are thrown at us. My daughter unplugged the phone at home because of continuous calls. I had expected some reactions, only such threats are of course terrible and sad," Snoek said to the newspaper.

He called opening the church with no mask obligation and no social distancing their own kind of experiment, which is possible because the number of coronavirus infections aren't so bad in Urk at the moment, according to him. "I think it's fine if people have a different opinion and want to argue. We certainly also want to be obedient to God and the government. I've had corona twice myself to a pretty severe degree. We certainly do not deny that the virus exists, but at the moment we notice that the spiritual need is so great that we want to allow all members again."

Prime Minister Rutte told parliament that he finds the Sion church's decision to ignore the coronavirus lockdown "very selfish and completely irresponsible", as it will give the virus room to "thrive again", resulting in hospitals filling up again. Due to the freedom of religion, there's not much the government can do about it. So Rutte said he'd rely on the "very Christian" responsibility to also care about the health of those around them.

Minister Ferdinand Grapperhaus of Justice and Security will go talk to the church leaders on behalf of the cabinet, Rutte said. "I am very upset about it," he added.