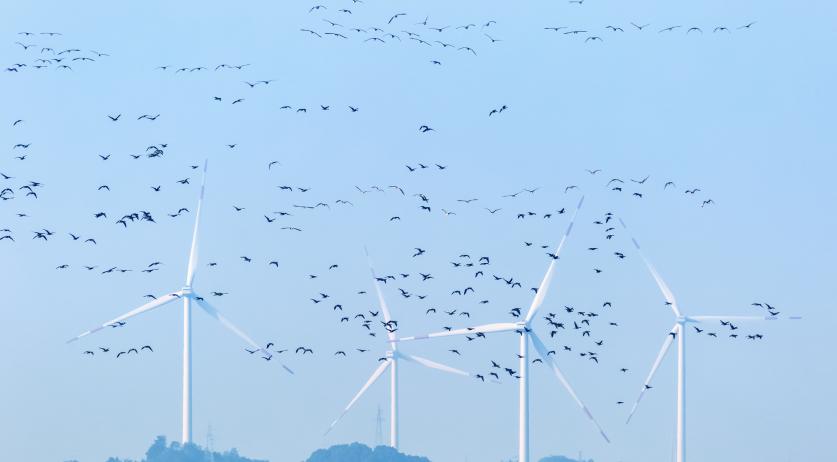 Concerns over plans to build windmills around protected nature reserves

About 40 percent of permits issued for new wind turbines to be placed in the Netherlands are located in or around protected nature reserves, according to a study by Investico, Trouw, EenVandaag, and De Groene Amsterdammer. Nature organizations are concerned about the effect of these turbines on local bird and bat populations, Trouw reported.

Over 600 windmills have already been built in protected nature areas. And energy companies have received permits to build another 175 windmills in Natura 2000 areas - the most vulnerable nature areas in Europe. In total, the companies can build around 300 new turbines in or around nature reserves.

According to Trouw, scientific research suggest that windmills have a negative impact on bird populations, both species living in an area and migratory birds. Bats are also vulnerable to windmills. The windmills reduce the habitat of animals, disrupt flight paths, and cause collisions. Though the extent to which this actually threatens the animals in practice is not clear.

Before building a sustainable energy project in a nature reserve, energy companies first have to calculate how much of a disruption it will cause to the local wildlife. A maximum of 1 percent bird mortality, in addition to natural mortality, is allowed. "But with the current knowledge of flight behavior, we are not at all able to predict with precision how many birds will fly into the windmills," ecologist Ralph Buij of Wageningen University said to the newspaper. "A large number of animal species can be affected by wind turbines, but we don't really know which ones, or to what extent."

Municipalities and provinces are currently scrambling to identify areas for sustainable energy projects, so that 70 percent of Dutch electricity can be generated sustainably by 2030. But there are often already windmill parks and solar parks on industrial areas or municipal peripherals, which means that they sometimes have to look at the nature reserves.