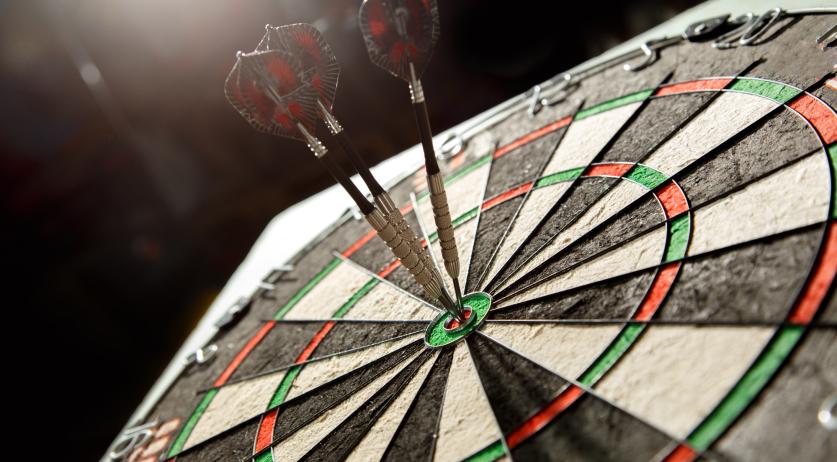 At least six Dutch dart players were approached by match fixers over the past year, NOS reports after speaking with professional dart players and a match fixer. The Public Prosecution Service (OM) is aware of matchfixing signals in darts and launched an investigation, a spokesperson said to the broadcaster.

According to NOS, gambling on darts matches is increasing in popularity worldwide, with some matches having hundreds of thousands of of euros riding on them. As a result, a darter who is willing to deliberately lose a match can make a great deal of money for a gambler willing to give up part of their win.

Niels Zonneveld, a professional darter ranked 114th in the world, had a match fixer approach him on WhatsApp. "He started with wanting to sponsor me. That sounded like a strange story to me, so I asked for more information," Zonneveld said to NOS. A short time later the chat conversation turned to Zonneveld earning some extra cash by losing on purpose.

Due to coronavirus lockdowns, tournaments are played from darters' homes in front of a webcam. The match fixer told Zonneveld that this would make it even harder to notice that he is losing on purpose, calling it a "win-win situation for both of us". He also said that he has "experience with other dart players".

Maik Kuivenhoven, ranked 63rd in the world, was approached on Instagram. "Hey Maik you have to throw the game on Sunday. Can't we make a deal that you throw less 180-s than the opponent? Respond via Insta or via friend," read a message he showed NOS, translated from Dutch.

Darter Wesley Harms and another highly ranked Dutch dart player who asked to remain anonymous also told NOS that they were approached. They all knew more colleagues who had to deal with this.

Dart players who receive such a suspicious request must report this to the international darts authority DRA. The authority received 10 reports in the past year, including six from the Netherlands. DRA chairman Nigel Mawer told NOS that this could be because online gambling will only became legal in the Netherlands later this year, which means it is currently not well supervised. It could also be that Dutch players are more willing to report suspicious messages, he added.

NOS also managed to identify and speak to the person who approached one of the Dutch darts players. He said he sent several messages to darts players, but had little success. The broadcaster also gained access to Dutch match-fixing groups on Telegram, where people sell information about allegedly fixed matches. According to NOS, these mainly involve scams with altered screenshots of betting sites.