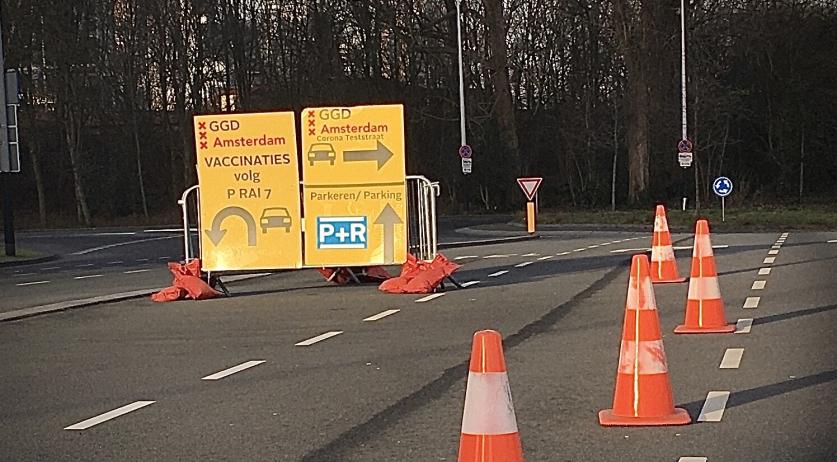 Healthcare workers in the Netherlands inoculated an estimated 49,665 people against Covid-19 on Tuesday, public health agency RIVM said. That was believed to be the most doses of Covid-19 vaccines administered in a single day, beating the previous day's record by about 1,100.

Over the past week, an estimated 276,607 injections of the Pfizer, Moderna and AstraZeneca vaccines have been given, for an average of 39,515 per day. That average has risen by over 28 percent in a week.

It was not immediately clear how many of those vaccinated this week were given their first or second shot. All three vaccines approved for use on the European market require two doses over a staggered period. About 21 percent of all Covid-19 vaccines given from January up through last Sunday were the recipient's second dose.

Since January 6, a total of 1,112,536 jabs have been given to people living in the Netherlands. Roughly five percent of the country's population have likely been at least partially protected against the disease.

Testing services ran at a reduced capacity at the beginning of last week due to winter weather warnings.

Still, coronavirus infections are up about 38 percent so far this calendar week, with a total of 12,483 testing positive since Monday, data from the RIVM showed. At this point last week, that figure was just above nine thousand.

Hospitals in the Netherlands admitted 151 new patients with Covid-19 into nursing wards between the afternoons of Tuesday and Wednesday. During that time, 20 others were entered into intensive care. The combined figure was about 15 percent below average.

That allowed hospitals to reduce their total number of currently admitted Covid patients down to 1,883, a two percent fall after accounting for discharges and deaths. The total included 533 patients in an ICU, a decrease of five, and 1,350 in regular care, a decrease of 29. The combined figure was also about two percent lower than a week ago, and put the Netherlands on pace for 1,850 total coronavirus patients by next Wednesday.

The RIVM also acknowledged that 63 more people died from their fight against the coronavirus disease, which lowered the moving average down to 56. So far this week, 189 deaths have been tied to Covid-19, a seven percent decrease.

A total of 15,406 deaths in the Netherlands are known to have been caused by Covid-19. Some 1,068,960 have tested positive for the SARS-CoV-2 infection over the past year.