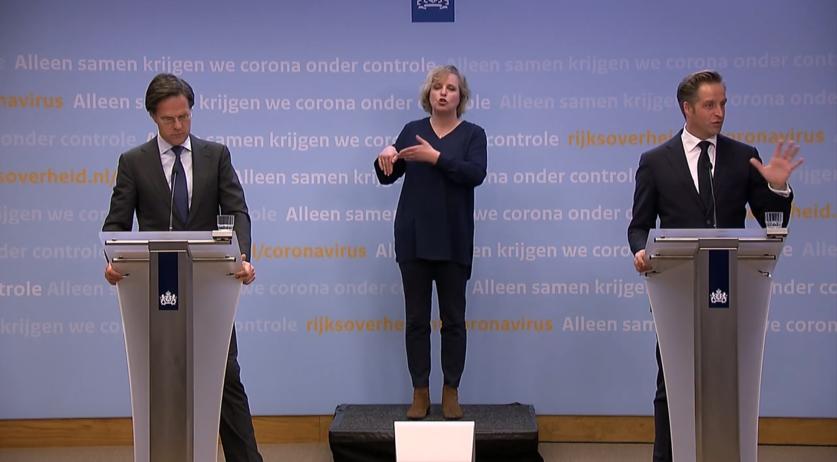 AstraZeneca will likely deliver fewer than half of the Covid-19 vaccine doses it was supposed to deliver to Europe in the second quarter, Reuters reported based on an interview with European Union officials. The news broke during a press conference with Prime Minister Mark Rutte and Health Minister Hugo de Jonge just minutes before De Jonge said he expected a surge in vaccine deliveries to the Netherlands and Europe during the second quarter of the year.

The shortfall means that the company will deliver "less than 90 million doses" to the EU from April through June, the source told Reuters. That translates to 3.5 million for the Netherlands, far below the 6.8 million De Jonge said Parliament would receive in a letter submitted on February 2.

"Halving the delivery will be very difficult," De Jonge stated. Just an hour earlier, De Jonge had said that with a substantial increase in vaccine  deliveries, the Netherlands could vaccinate all medically vulnerable people before the summer, and much of the adult population by autumn.

Later during the press conference, De Jonge called out AstraZeneca for being a complicated organization which made it hard to pin down on agreements. "The changes happen once every 3, 4 days. It drives you crazy," he said.

"Fewer deliveries means fewer vaccinations," De Jonge said. "In total we have ordered 84.5 million vaccines. Even if a few deliveries are canceled, we can still go a long way. But halving the deliveries will cut it down considerably,"

The reduction is another setback to the Dutch and European Union vaccination program, with the Netherlands acknowledging on Monday AstraZeneca's second significant delivery delay in a month. The company was expected to deliver around 40 million doses to the EU during the first quarter, which ends on March 31, despite European commitments to obtain 90 million. That was in line with the updated prediction De Jonge provided earlier this month.

A spokesperson for the company said it was "working incredibly hard to increase the productivity of our EU supply chain, and doing everything possible to make use of our global supply chain, we are hopeful that we will be able to bring our deliveries closer in line with the advance purchase agreement."

The vaccine developed by AstraZeneca with Oxford University was an early favorite of De Jonge, who quickly entered into negotiations with the company in 2020 for the pre-purchase of vaccine doses, a deal which was later taken over by the European Commission. De Jonge developed the first version of the Dutch vaccine strategy around early approval for the AstraZeneca candidate, though it was wound up being the third approved for use on the European market.