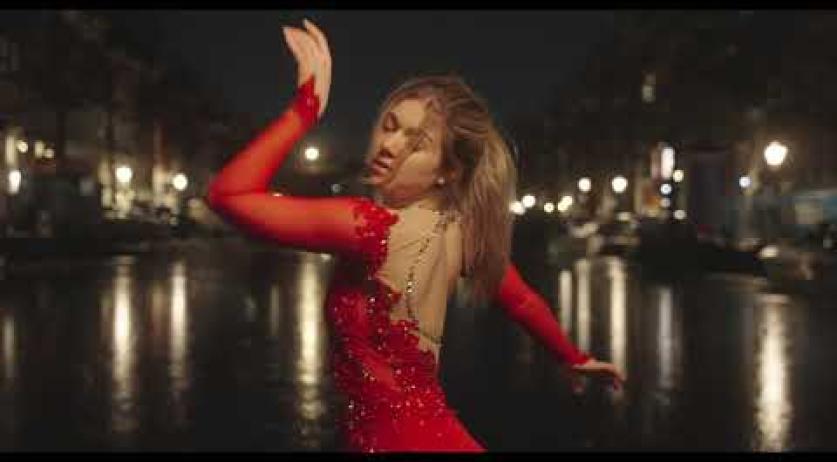 Even when it is dark outside, light can be found all around us if we only know how to look for it. That is the message of hope that cinematographer Jaap Mar Diemel, six-time Dutch figure skating champion Niki Wories, and a team of artists wanted to spread with their video, Ode to a Sleeping City. In an interview with the NL Times, Jaap Mar Diemel and Niki Wories explain how the video came to be.

In the film, we see Niki skating on the Keizersgracht in Amsterdam when the rest of the city is still sleeping. Oftentimes, our best ideas find their inception in the late hours of a sleepless night. Such was the case for recent graduate of the Netherlands Film Academy in Amsterdam Jaap Mar Diemel, who, around the time when the lakes and creeks in the Netherlands were still frozen, envisioned a figure skater dancing on the canals in Amsterdam in the early hours of the morning. “At some point, the image of a figure skater skating on the frozen canals at night when she would be all alone, it hit me, and it kept me awake for hours and hours,” he said.

That’s when the search for a figure skater began. “I found Niki’s profile and I just thought that she had a good vibe, a good appearance,” explains Jaap, who soon after drafted a message explaining his idea to Niki. “So, I hit enter, sent it through Facebook, then went to Instagram to copy-paste the message and before entering it on Instagram, I already got a message.” It turns out, Niki was immediately excited about the project. “I found Niki and only afterward I found out that she was a six-time Dutch champion,” Jaap confessed.

The video aims to reflect how the covid-19 pandemic has affected our lives. For Jaap, the main themes of the film are melancholy and hope. “It would start with the melancholy of this girl alone in the city at night and in a way tell the melancholic story of how we feel about the life we used to have, and we are all wanting that life back. So, when the sun rises, we transition to hope because that is what the main theme of the film should be. I hope we’re at a turning point and the light will come.” Niki called it “a little piece of brightness in dark times.” “It is pretty dark for a lot of people, but if you look carefully, you can find such beauty in anything, in any moment. So, even in this time, we created something special,” she said.

The song, equally titled Ode to a Sleeping City, is an original piece specifically composed for this video by Nikolaï Clavier. Jaap contacted the composer and within a day, the basis of the score was created. “To me, he nailed it in one go,” said Jaap.

The dedication of the figure skater was admirable. To achieve the best result, Niki wore her match suit. The red of her outfit contrasts beautifully with the Amsterdam night sky but bracing the cold was indeed a challenge. “At some point, I couldn’t really feel my body anymore,” Niki admits. “I love skating. It warms my heart. That is probably why I was able to do it,” she added. The whole filming process took approximately four and a half hours, but in the end, “it was worth it.” Niki proudly added: “I’ll go through this, knowing that, in the end, I will have something that I can look back to and be proud of for the rest of my life.”

The figure skater used to live and train in Canada. However, due to the pandemic, she was forced to come back to the Netherlands. It saddens her to be away from her life and coach in Canada. However, “the last few months just made me realize how important it is to be with my family. It showed me that I really missed them,” she added. Therefore, Niki has decided to stay in the Netherlands and further pursue her skating ambitions here.

A group of various artists and filmmakers, albeit a small team, worked together to create this piece in the hope of bringing some joy to its viewers in these uncertain times. Jaap and Niki emphasize that the result was truly a combined effort. “It was such a short amount of time. There was no place for any doubt,” Niki explained. Perhaps that is what made the video successful. In the end, it made “everyone feel what we wanted them to feel because it was truly us,” she added.